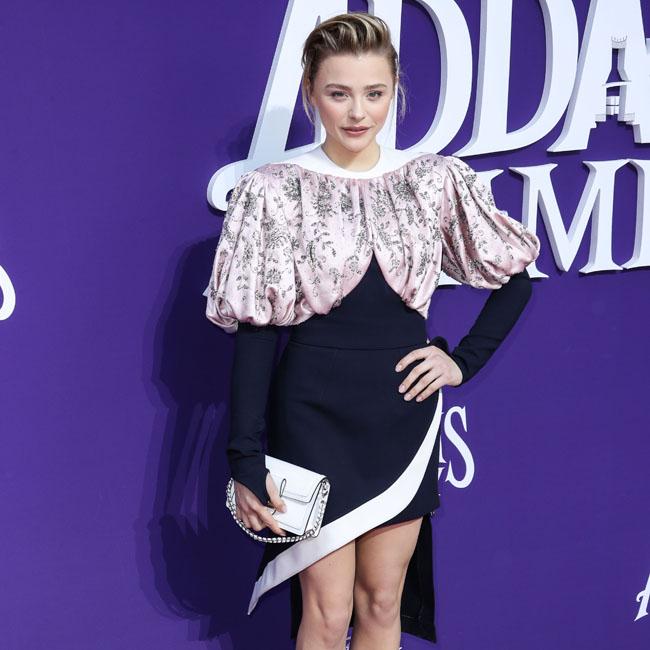 Chloe Grace Moretz is set to star in the upcoming sci-fi flick, 'Mother/Android'.

The movie is set to mark the directional debut for Mattson Tomlin - who co-wrote 'The Batman' with Matt Reeves and has had a hit with 'Project Power' on Netflix.

'Mother/Android', which sees the screenwriter reunite with Reeves, is a "deeply personal" screenplay for Tomlin, as it's based to some degree on his real life birth parents' "sacrifices" they made amid the Romanian Revolution in order to protect him.

He explained: "'Mother/ Android' is a deeply personal story inspired by sacrifices made to bring me into this world.

"I'm thrilled to be working with Miramax and my friend Matt Reeves to tell a story that speaks to the strength of humanity in the darkest of times."

Moretz, 22, is set to play the role of Georgia, who with her boyfriend Sam, is forced to make "a treacherous journey to escape their country, which is caught in an unexpected war with artificial intelligence. Days away from the arrival of their first child, the couple must face No Man's Land - a stronghold of the android uprising, in hopes of reaching safety before Georgia gives birth."

Reeves is producing the motion picture via his own 6th & Idaho banner alongside Miramax.

Meanwhile, Moretz currently has two films in post-production, action-horror 'Shadow in the Cloud' and 'Tom & Jerry'.

The former will have its world premiere at the Toronto International Film Festival on September 12, 2020.

While the animated version of 'Tom and Jerry', is set to be released in 2021, and will see her play the live-action role of Kayla, who teams up with Tom to stop Jerry.

The 'Kick-Ass' star previously hinted that the film will be "laugh out loud funny".

She said: "I think everybody is going to be shocked by how fun it is. It's like one of those 90s movies you never see anymore.

"It's laugh out loud funny and you're going to see a different side of me."

Moretz admitted, however, that filming for the role was difficult.

She added: "'Tom and Jerry' is one of the hardest things I've ever done. All the dialogue you hear is from my side. It was really me against a piece of tape, like acting class."