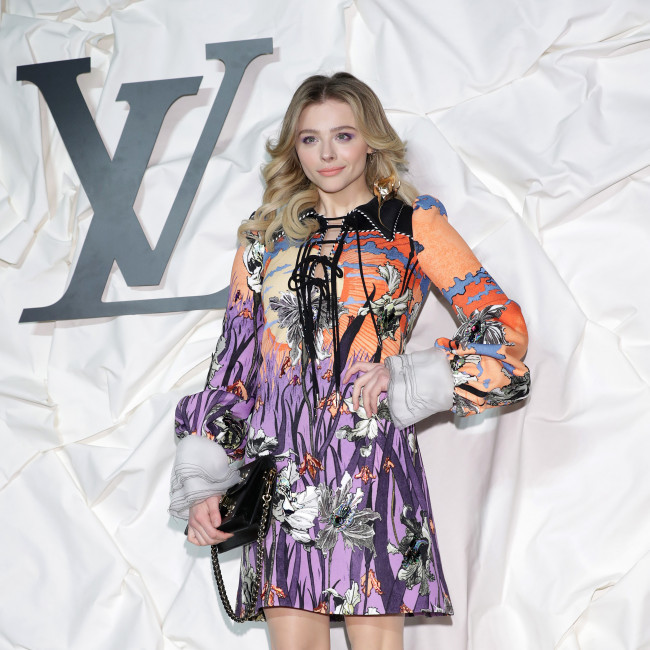 The 24-year-old actress - who played Hit-Girl in the 2010 superhero comedy and its 2013 sequel - has responded to rumours a third movie could be in the pipeline and she insisted the potential film would need to be "kind of perfect".

Appearing on 'The Tonight Show' this week, she told host Jimmy Fallon: "I think I would love to do a 'Kick-Ass 3'.

"It would need to be, across the board, Aaron Taylor-Johnson and Chris Mintz-Plasse, the whole crew back together."

Moretz made it clear she'd need to see co-stars Taylor-Johnson and Mintz-Plasse back to reprise their roles as Kick-Ass and Red Mist respectively, but if that happened she'd be keen.

The star previously admitted she was desperate to take on the role of Hit-Girl in the movie because the script reminded her of Angelina Jolie's 2008 action-movie 'Wanted'.

She said: "I actually looked at my brother and my mother and said, 'I would totally kill to have a role like that'. They were like, 'This doesn't happen for 11-year-olds. You don't get the option to play an Angelina Jolie-type character.' One week later is when we got the audition for 'Kick-Ass'.

"Matthew had kind of been on a road with someone else for a little while. I think I got an audition late in the game. I got really lucky to get in front of him at that point in time."

She spent six months training to play Hit-Girl but couldn't do some of the bigger stunts in the movie for insurance reasons.

She explained: "By the time we got to filming, about 90 percent of it was me, except the big, big stunts, which I probably could have done, but we legally couldn't do them for insurance, because it was too risky."