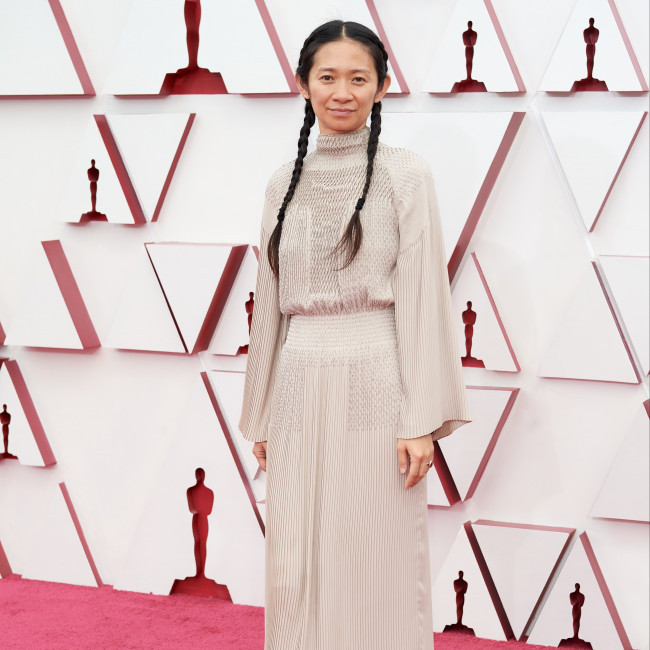 Chloe Zhao finds "a lot of strength" in 'Eternals' hitting cinemas at the same time as 'Dune'.

The 39-year-old director has taken the leap into blockbuster movie making with her star-studded Marvel Cinematic Universe film and although release schedule changes due to the coronavirus pandemic means her film is being released within weeks of Denis Villeneuve's long-awaited sci-fi saga, she isn't upset about them going head-to-head because her fellow filmmaker has been such a big source of support and even let her watch 'Dune' before its release so she could "learn" from him.

Chloe told the Hollywood Reporter: "I gotta say that I’m a big fan of Denis; he’s a friend. We got pushed and shifted because of the pandemic. We got pulled apart and now we’re back together again at the same time.

"Even when I was working on IMAX for 'Eternals', I asked him if it was okay for me to watch 'Dune'. I knew he did incredible things in IMAX, so I knew I could learn from him. He was so generous; he was like, 'Yes'. He also gave me other references to look at.

"So I actually find a lot of strength in our films coming out at the same time and to have a colleague who I respect and love and to be able to go through this together and to hug each other at Venice [International Film Festival] when 'Dune' came out.

"He even sent me a message last night, so it all feels very empowering."

The 'Nomadland' director insisted that working within the MCU didn't feel much different to any of the independent productions she's helmed in the past.

She explained: "I had this feeling being a fan of the MCU and having a good friend in Ryan Coogler and having friends who’ve worked with them. It’s actually a lot smaller of a team than you think it is.

"here’s about three people I speak to on a daily basis. They make big decisions and are one text away. So most of the time, I felt like I was working with the same 25 department heads as I did on 'Nomadland'.

"The incredible technicians and artists and the thousands of people who helped make this film really, really protected me from the big world out there.

"They knew how I work best and then they created a really nice bubble for me. If I wanted to fly and go crazy, they’d let me, but if I fell, I knew they were there to catch me. That’s why I could play so much in this."