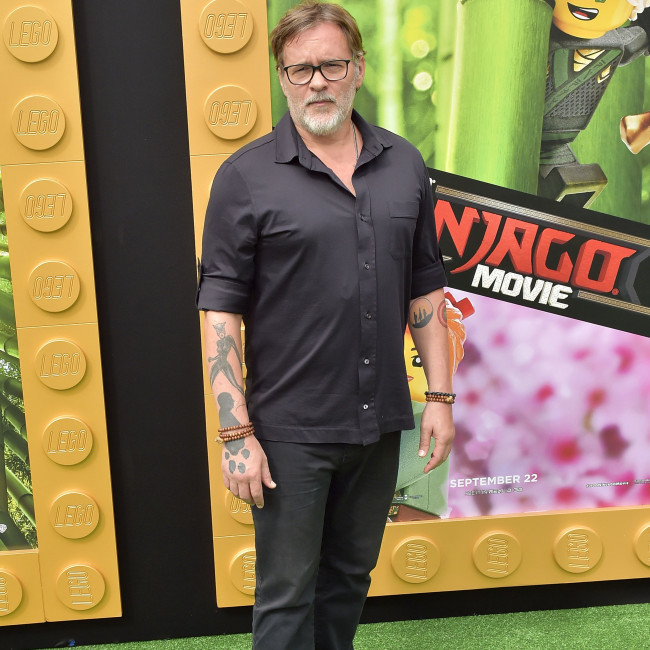 Chris McKay regretted cutting a scene between Chris Pratt and Betty Gilpin in 'The Tomorrow War'.

The 47-year-old director has helmed the sci-fi action movie and opened up about he had to remove the emotional scene between their characters Dan and Emmy Forester.

Speaking to Collider, Chris said: "My biggest regret as a director is that wasn't able to keep a scene between Betty Gilpin and Chris Pratt. It's a scene that explains the backstory of their relationship.

"Every single take brought you to tears. It was something I was really fond of and I regret that I couldn't work it into the film."

The 'Lego Batman Movie' director revealed that he hopes to feature Betty more prominently if a sequel comes to fruition.

Chris said: "Betty is an amazing actor and I'm hoping that if we make a sequel that we can get more of Betty in the movie."

McKay hinted that he would be prepared to release an extended cut of the movie to show fans some of the deleted scenes, in a similar manner to the 'Snyder Cut' of the movie 'Justice League'.

He shared: "I'm hoping that we will get a chance to do something like that as there are a couple of scenes that are funny that didn't make it into the film as well as the scene with Betty."

The movie features Pratt as former military man Dan Forester, who is sent into the future to save humanity from alien invaders but McKay didn't want to overload the audience with time travel.

Chris said: "This movie is a study of Chris Pratt's character and you see everything from his point of view.

"It doesn't directly affect what Chris Pratt is going to do so I didn't feel the need to really explain it."