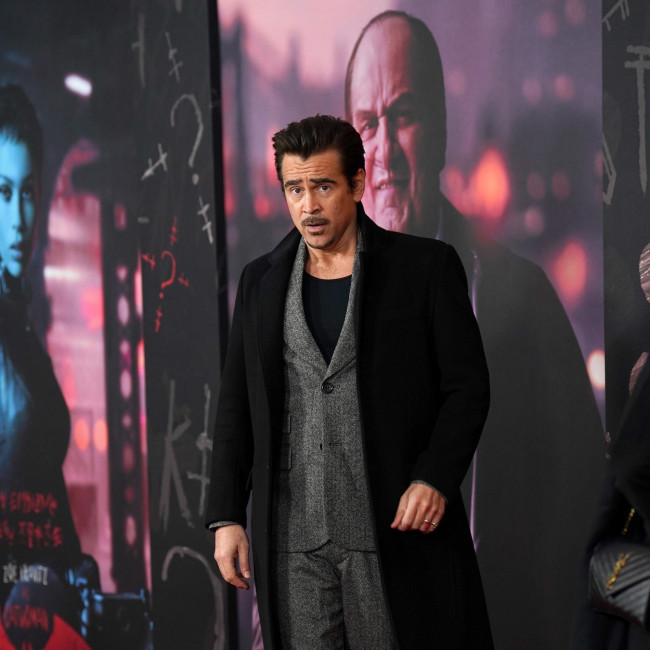 Colin Farrell revealed that the COVID-19 health and safety protocols for ‘The Batman’ were “incredibly strict".

The 45-year-old actor stars in the film as Penguin alongside Robert Pattinson, 35, as Batman, Paul Dano as Riddler and Zoe Kravitz, 33, as Catwoman.

Filming for ‘The Batman’ began in January 2020, just two months before the beginning of the global pandemic and once coronavirus took hold Warner Bros. shutdown production on March 14, 2020. and didn't resume until mid-May, and once it did the rules in place meant that testing was constantly carried out as well as social distancing rules.

He said: “The protocols on this were incredibly strict. We broke in March when it was beginning to peak in London — we were in London. I got on one of the last planes that was allowed back into America so I could get home to my family.”

Revealing some of the specific protocols on set, he added: "[There was] testing every day, six foot rule, if we were shooting inside … every six minutes we’d get like a take and a half or two takes, and then we’d break, they’d open the windows, people would have to go outside and come back in. It was insane.

“It did change the business, but essentially at the end of the day we all adapted very quickly.”

He also joked about the headlines that said Batman had COVID when Robert Pattinson tested positive in September 2020.

On Smallzy’s ‘Celebrity Small Talk’ podcast, he revealed: “Then we broke for four or five months and went back in September I think. And then Batman got COVID, which was just an incredible headline, and we stopped again for a couple of weeks. It was a nerve wracking experience, we were all in the dark, globally, about this disease and how it was affecting people and how transmissible it was and stuff, and it was really strict.”