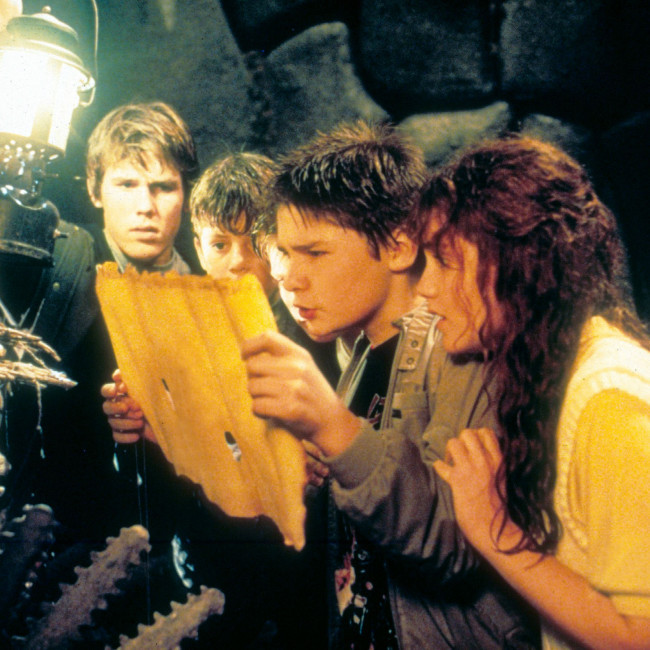 Corey Feldman: No chance of a Goonies sequel

Corey Feldman says that the prospect of a sequel to 'The Goonies' is dead.

The 49-year-old actor starred in Richard Donner's iconic 1985 adventure comedy flick but has given up hope of playing Clark 'Mouth' Devereaux again after being "let down" by plans for another movie continuously failing to materialise.

Speaking to horror website Dread Central, he revealed: "Well, Sean Astin and Josh Brolin want a sequel but you know. It's one of those powers that be things. Every time I thought, 'OK, it's really gonna happen', I've been let down and had my heartbroken."

The 'Lost Boys' star explained that he got his hopes up during the pandemic when the cast and crew reunited virtually and even claims that screenwriter Chris Columbus had pledged to begin working on a new script that would revisit the treasure-hunting characters.

Corey said: "I think I probably believed it the most over the pandemic. Because I thought, 'OK it's ('The Goonies') 35th anniversary, we did two reunions in one year, we went back and read the script together.

The 'Gremlins' actor also suggested that Richard Donner's plans to work on the fifth 'Lethal Weapon' movie have put an end to any hopes of 'The Goonies' returning to the big screen.

Feldman said: "When I found out my dear friend Richard Donner had signed on to do 'Lethal Weapon 5' as his swan song, well that pretty much sewed up the rumour mill right there.

"It's done. We can't make ('The Goonies 2') without (Donner). And (Donner's) off shooting guns with the 'Lethal Weapon' people."

He continued: "And that is the shame of it. Because, just like when we did the zooms last year, I mean it doesn't matter how many grey hairs everybody's got on their faces, the love is still there. And the family feeling is still there.

"And I know that secretly, each of us weeps at night wishing that there was that magical ('The Goonies 2') script landing on our doorstep the next day. But unfortunately and sadly, it still has not arrived."