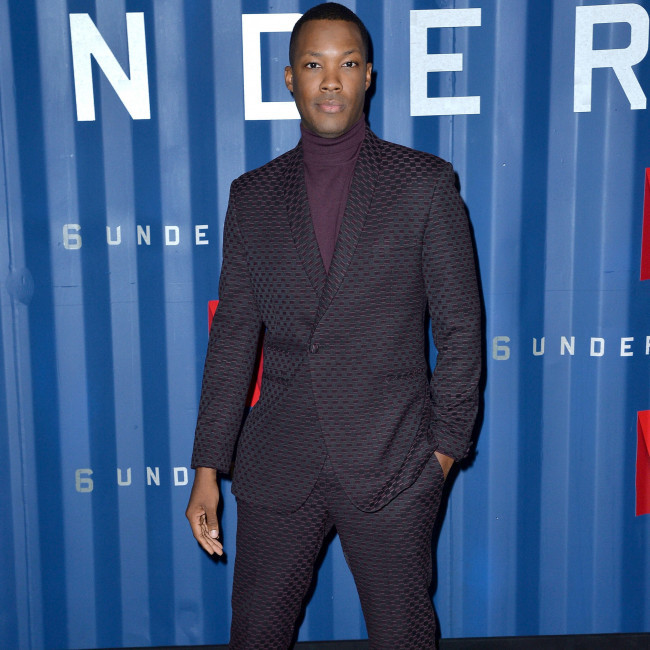 Corey Hawkins is to star in the feature adaptation of the Broadway musical 'The Color Purple'.

The 32-year-old actor has been tapped to star in the Warner Bros. project, which brings the musical based on Steven Spielberg's 1985 film of the same name to the big screen.

Corey is set to play the role of Harpo Johnson, who was played by Willard Pugh in the original movie.

Marcus Gardley is writing the screenplay based on the Broadway take of Alice Walker's 1982 novel. The story centres on the lives of African American families and relationships in Georgia during the early 20th century. The musical features jazz, ragtime, gospel, blues and African rhythms.

Spielberg is producing the film with Oprah Winfrey (who starred in the original), Scott Sanders and Quincy Jones. It is slated for release in 2023.

It marks another musical movie for Corey after he played Benny in the film take on Lin-Manuel Miranda's 'In the Heights'.

Corey is also attached to star in 'Last Voyage Of The Demeter', a new movie that is being directed by Andre Ovredal.

The story is based on a single chapter of Bram Stoker's classic horror novel 'Dracula', 'The Captain's Log'. It tells the story of the Russian boat, Demeter, which was charted to carry private cargo from Carpathia to London.

The movie will detail the strange events that befell the doomed crew as they tried to survive the ocean voyage as they are stalked each night by a terrifying presence onboard the ship.

When it eventually arrived at Whitby Harbour, it was derelict and there was no trace of the crew.