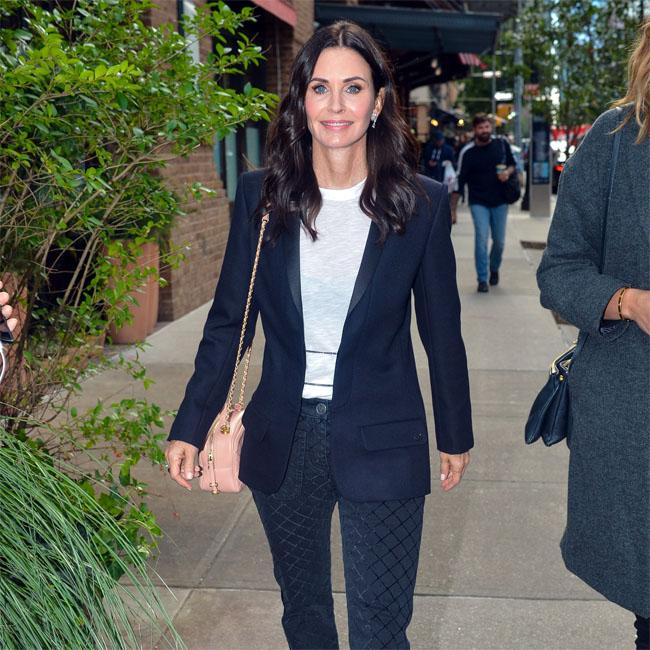 Courteney Cox signs up for Scream 5

Courteney Cox will reprise her role as Gale Weathers in 'Scream 5'.

The 56-year-old actress will join her ex-husband David Arquette, 48, who plays Sheriff Dewey Riley, in the upcoming movie; the latest instalment in the series, which started with the 1996 horror film.

The new movie will be directed by Matt Bettinelli-Olpin and Tyler Gillett - the team behind 'Ready or Not' - whilst Guy Busick, who also worked on the thriller, and James Vanderbilt are co-writing the screenplay.

And Neve Campbell is also in "negotiations" to return to the franchise as Sidney Prescott but previously admitted the project was on hold due to the Covid-19 pandemic.

She said: "The conversations are being had, that's for sure. There was a lot of talk about it. I wasn't sure it was going to happen and I was approached but the timing's not great right now, obviously. We're starting conversations, we're starting negotiations, but who knows how and when studios are going to open again."

The slasher franchise starred Neve, Courteney and David and all four films were directed by Wes Craven, who died in 2015.

'Scream' was re-imagined as a television series in 2015 and broadcast on MTV. The show suffered from low viewing figures and moved to VH1 ahead of the third series.

Neve previously admitted that she couldn't imagine the franchise continuing without Wes.

She said: "Well, you know, I think it would be challenging ... Wes Craven passed away ... he was the reason those movies were good.

"I mean, obviously Kevin Williamson wrote brilliant scripts. But you know, Wes was the heart of the thing. He was what kept the dynamic. I think it would be difficult to work with another director."