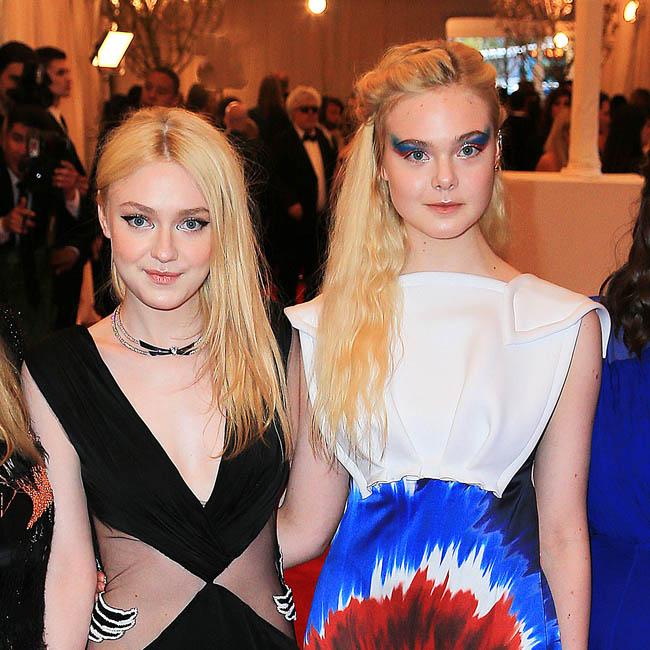 Dakota and Elle Fanning to star in The Nightingale

Dakota and Elle Fanning are to star in 'The Nightingale' together.

The sisters will echo their familial bond on screen in Melanie Laurent's adaptation of Kristin Hannah's novel and admitted it is a "dream come true" to work alongside each other for the first time, having previously never shared scenes in their only other joint project, when Elle, 21, played the younger version of 25-year-old Dakota's character Lucy in 2001's 'I Am Sam'.

They told The Wrap: ""'The Nightingale' will be the first time we act on screen together. We have played the same character at different ages but have never spoken to each other in front of a camera.

"For years, we have looked for a film to do with one another and then this gem appeared. As sisters, to share our artistry with each other while bringing such a powerful sister story to life is a dream come true.

"We are so lucky to have our fearless director, Melanie Laurent, to guide us along on the journey. Let's do this, sister!! "

Melanie - who worked with Elle on 'Galveston' - is "thrilled and honoured" to have both sisters on board for the project.

She said: "I am so thrilled and honoured to work with both of the Fanning sisters.

"To be able to direct the performances of these two amazing actresses who have yet to work together on screen is incredibly exciting and humbling.

"This is such a powerful story, and one that is very close to my heart. I cannot wait to dive into it with Elle and Dakota by my side!"

'The Nightingale' tells the story of sisters coming of age in France on the eve of World War II and their struggle to survive the German occupation of the country. It is inspired by the women of the French Resistance who hid Jewish children and helped downed Allied airmen escape Nazi-occupied areas.

TriStar pictures said of the project: ""'The Nightingale' squares perfectly with TriStar's mission to tell stories from fresh perspectives.

"It's rare to see the story of a war from the female point of view - 'The Nightingale' celebrates unsung heroes whose lives are just as much at risk but whose accomplishments and sacrifices have never been fully recognised."