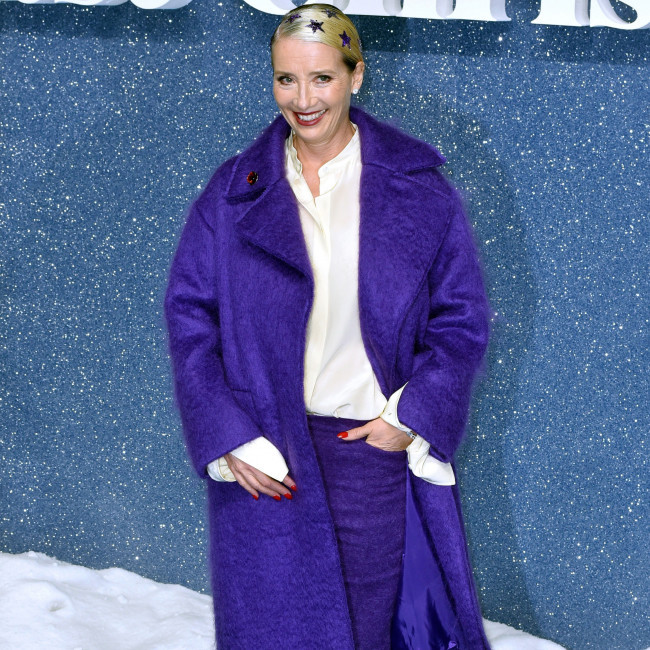 Dame Emma Thompson to star in Good Luck to You, Leo Grande

Dame Emma Thompson is to star in 'Good Luck to You, Leo Grande'.

The 61-year-old actress has signed up for the new comedy, which is being directed by Sophie Hyde and written by comic Katy Brand.

Emma will play the role of Nancy Stokes, a 55-year-old widow who yearns for sex and human connection that she never got in a stable but stale marriage. She devises a plan and hires 'sex therapist' Leo Grande, a man in his 20s, for a night of bliss.

'Good Luck to You, Leo Grande' is being produced by Genesius Pictures and marks the first joint project between the company's co-founder Debbie Gray and Cornerstone Films.

Sophie – whose previous credits include 'Animals' and '52 Tuesdays' – said in a statement: "I'm thrilled to be working with the tremendously funny and heartbreakingly honest Emma Thompson to explore intimacy and desire, and to put on a screen a relationship that feels unexpected and delightful.

"At a time when our need for each other is so vividly present, it will be a delight to create and show this connection between two people, which is funny, sexy and moving."

Gray added: "I loved the script from the first read: funny, relatable, relevant. It's great to have a female-strong team with such a passion for the project."

Alison Thompson and Mark Gooder from Cornerstone Films' also said: "We loved the bold, fresh and surprising take on female sexuality in Katy's script and to have an actress of Emma's calibre in the role of Nancy is a real gift."