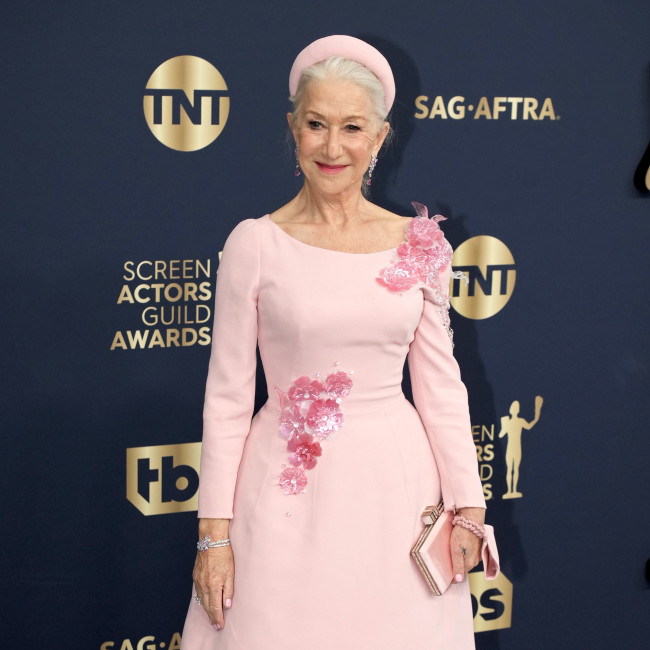 Dame Helen Mirren is desperate to star in the concluding 'Fast and Furious' movies.

The 76-year-old star was honoured with the Life Achievement Award at the Screen Actors Guild Awards on Sunday (27.02.22) and revealed that she wants to reprise her role as Magdalene Shaw for the final two films in the high-speed franchise.

Helen told Variety at the ceremony: "Oh gosh, I hope so. I just wait by the phone to see if they will call me."

The Oscar-winning actress is also set to play the villain Hespera in the upcoming DC Extended Universe (DCEU) sequel 'Shazam! Fury of the Gods' and revealed that she had fun working on the superhero film.

Mirren said: "I had such a good time in 'Shazam', playing a Roman goddess. I am a bit of a baddie, yes. Watch this space."

The actress revealed that she always tries to add variety when it comes to her roles in film or TV and is willing to work on both romantic comedies and superhero blockbusters.

She explained: "I love the genre work. I love working with those incredible artists of stunts and of special effects... It's just great to watch them work and to be a part of their work, and I love to mix it up.

"I love to go from those big-budget extraordinary technical films to a film that's much more about relationships and conversations rather than bangs."

Helen also suggested that she wants to star in a Western film and experience what it is like to play a cowboy – even if her horse riding skills would require some work.

She said: "I think the next hurdle, I would love to play a cowboy. Just a cowboy on a horse. I've fallen off a horse so many times. I absolutely can't ride, so that would be a major challenge."