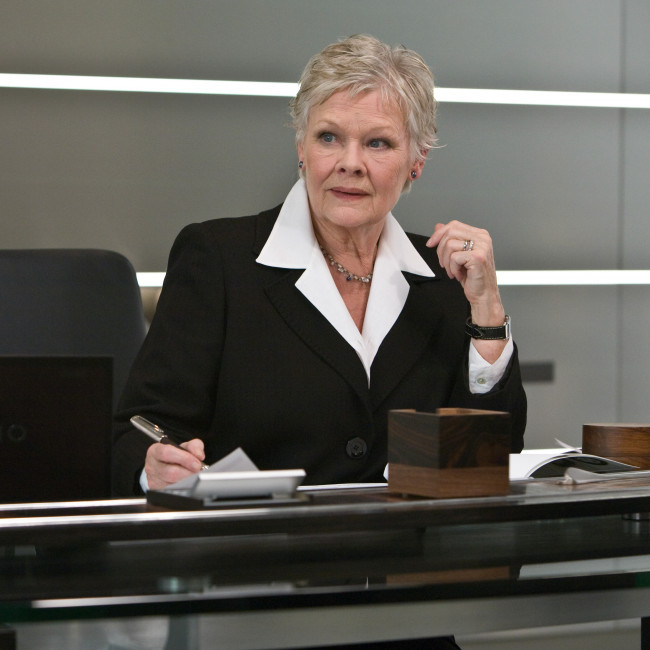 Dame Judi Dench thinks Daniel Craig's James Bond films are not as "funny" as they used to be.

The 86-year-old actress starred in the franchise as 007's boss M, beginning with the 1995 flick 'GoldenEye', which featured Pierce Brosnan as the legendary spy.

Dench believes Brosnan's four 007 blockbusters had a fantastic blend of action and humor and were reminiscent of the films starring Sir Sean Connery and Sir Roger Moore which came before, whereas Craig's outings in the tuxedo have been more gloomy.

When it was suggested to her that Craig's films are gloomy in an interview on Dame Esther Rantzen's 'That's After Life' podcast, she answered: "The script isn't so funny, I know, I agree."

Dench's final appearance in the series came alongside Craig, 53, in the 2012 movie 'Skyfall' as M was killed off.

The British screen icon admitted that she was tearful when she filmed her final scenes, because she had been promised a three-week shoot in Scotland but only spent one night in the country.

The 'Shakespeare in Love' star said: "I cried because we were told we were going to Scotland for three weeks, and we went one morning, we filmed, and we were back on the 7.30 plane that night."

Dench is the only female to have played M but insists that a woman should not be given the role of 007 when Craig departs the series following the upcoming film 'No Time To Die' as it wasn't how creator Ian Fleming imagined the character.

She said: "No. Bond ought not to be a woman because, essentially, that kind of model - Bond as a woman - was not in the writing."

The 'Blithe Spirit' actress also suggested that a female-led spy franchise should be created.

Judi shared: "[Someone should] create a character, for a female agent to play front and center, that's nothing to do with Fleming, and not make Bond a woman. Is that clear?!"