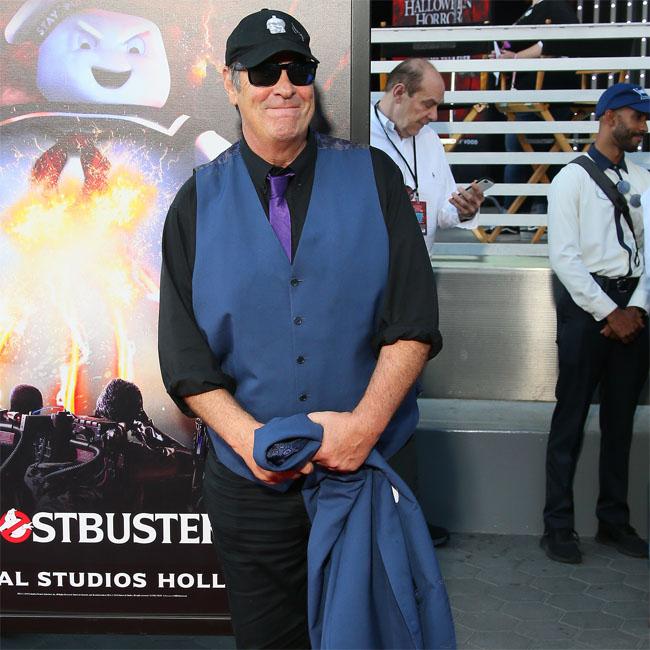 Dan Aykroyd is delighted to be returning for 'Ghostbusters: Afterlife' and is very proud that the franchise has created an "interest in the paranormal".

The 67-year-old reprises his role as Dr. Raymond 'Ray' Stantz in the film - which is a direct sequel to the original 1984 'Ghostbusters' movie and 1989's 'Ghostbusters II' - and he is delighted that the movie series that he and the late Harold Ramis co-created still has fans all over the world.

And Dan thinks that his grandfather Sam Aykroyd, a psychic researcher who inspired his initial idea for 'Ghostbusters', would be "very happy" too at the impact the anti-spook squad have had on popular culture.

Speaking to the BBC, Dan said: "You know, my grandfather Sam Aykroyd, the psychic researcher from Kingston, Ontario, would be very happy that 'Ghostbusters' has stimulated such fun and laughter, as well as interest in the paranormal."

'The Blues Brothers' star confirmed that he would be appearing in 'Ghostbusters: Afterlife' - which has been co-written and directed by Jason Reitman, whose father Ivan Reitman helmed the first two movies and acts as a producer on the new story - last September, admitting he had to come out of semi-retirement to play Ray one last time.

He said: "I'm not in the pictures so much anymore. We've got the 'Ghostbusters' movie that we're working on now and I will have to be performing in that.

"Ivan Reitman's son Jason has written a new movie called, well, it's gonna be 'Ghostbusters', the third movie. It will be all, most of the original people and then young stars."

It has also been confirmed that Bill Murray, Ernie Hudson, Sigourney Weaver and Annie Potts will be reprising their roles as Dr. Peter Venkman, Winston Zeddemore, Dana Barrett and Janine Melnitz respectively. They will be joined in the film by Finn Wolfhard, Paul Rudd, Mckenna Grace and Carrie Coon.

Ernie, 74, has previously promised that the story will give fans of the franchise "what they've been looking for", especially after the disappointing reception to the 2016 all-female reboot which bombed at the box office.

He said: "Unfortunately, we made the two movies and we didn't get a chance to take it beyond that for whatever reason. I'm glad that Jason Reitman, Ivan Reitman's son, is gonna be directing and producing this movie, and writing it.

"And he was a kid when we were doing the other movies, in fact he's in the second movie, so I know there's a love for the movie. He's an amazing filmmaker and I think he's gonna take it to a whole other level. So as we move into the future, I'm just really excited that he's gonna give the fans what they've been looking for."