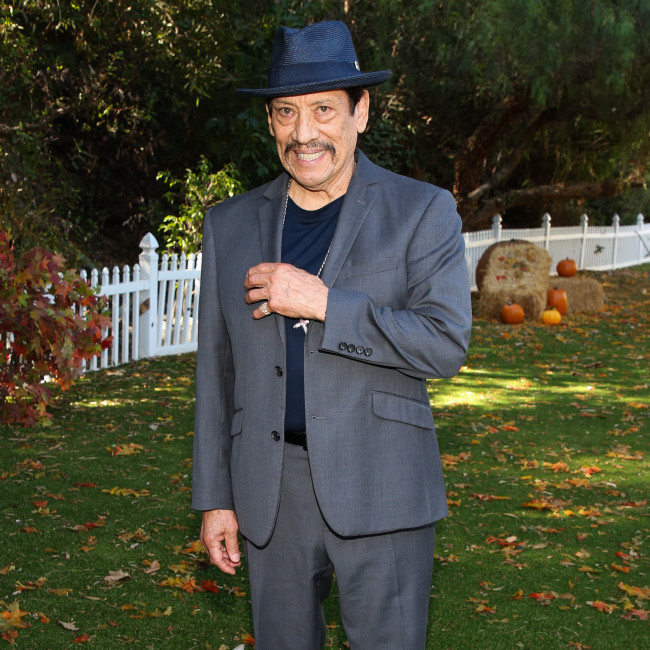 Danny Trejo is set to star in a new cartel thriller.

The 'Machete' actor has joined the cast of 'American Sicario', which will see producer Raja Collins make his directorial debut.

The movie is based on the true story of Mexican-American drug lord Edgar Valdez Villarreal, who is also known as La Barbie, and he will be portrayed by Philippe Haddad.

Collins is quoted by The Hollywood Reporter as saying: "Once I heard this amazing true story, I knew this movie was the one for me to helm, especially because the film is from the perspective of a real life cartel boss.

"Philippe pitched it to me, and we knew Trejo was the right fit, along with Maurice and the entire cast.

"We teamed up with VMI Worldwide and couldn’t be more excited for this film to come out."Trejo will play Pedro, the dad of Villarreal's partner Gloria, who Cali Morales will portray. Maurice Compte, Jaylen Moore, Maya Stojan, and Dionysio Basco will also feature in the movie.

Rich Ronat has penned the script for the motion picture, which has started filming in Nevada.

Andre Relis, CEO of VMI Worldwide, added: "We had a great experience working with Raja on producing 'Grand Isle' and couldn’t turn down the opportunity to support him on his directorial debut.

"The true story is yet to be explored and the script serves a bountiful amount of action."

Trejo, 76, recently lent his voice to forthcoming film 'Minions: The Rise of Gru' - in which he portrays Stronghold - and this year's 'The SpongeBob Movie: Sponge on the Run'.