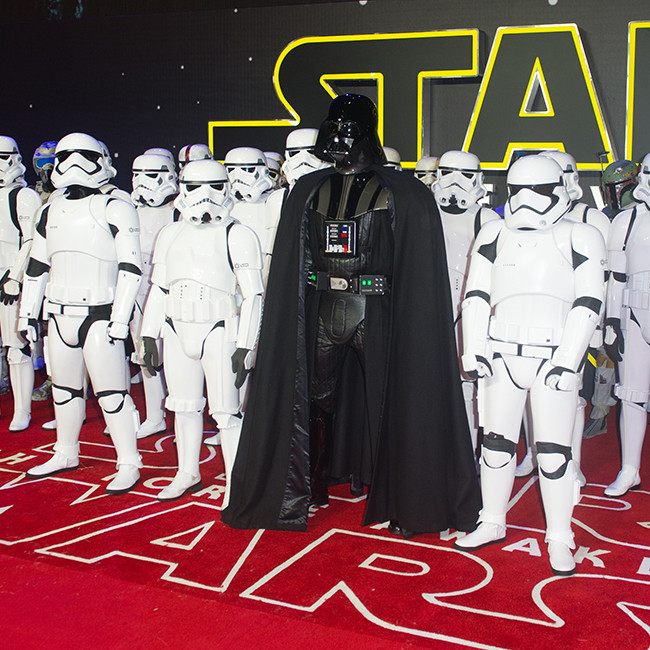 Darth Vader has been voted the greatest 'Star Wars' villain of all time by readers of RadioTimes.com.

The iconic sci-fi character topped the list of the franchise's greatest villains, securing 33 percent of the overall vote.

Huw Fullerton, RadioTimes.com’s sci-fi and fantasy editor, said: "Never underestimate the power of the Dark Side.

"Over 40 years after he first wheezed his way onto our screens, it’s clear that 'Star Wars’ fans' faith in Lord Vader remains stronger than ever, with a third of the thousands who voted picking him as their favorite villain from the series.

"'Star Wars' films and TV series may come and go, but Darth Vader will always be the ultimate villain. Truly, he is the Master."

Sheev Palpatine - the character played by Ian McDiarmid in multiple 'Star Wars' films - came in second place on the list, with 18 percent of the vote.

Elsewhere, Darth Maul - another of the franchise's most iconic characters - claimed six percent of the votes, alongside Grand Admiral Thrawn and Boba Fett.

The poll was released shortly after Dave Prowse - who played Darth Vader in the original 'Star Wars' trilogy - died aged 85.

The former bodybuilder passed away in November, and his co-star Mark Hamill subsequently paid a glowing tribute to him.

The actor said on Twitter: "So sad to hear David Prowse has passed. He was a kind man & much more than Darth Vader. Actor-Husband-Father-Member of the Order of the British Empire-3 time British Weightlifting Champion & Safety Icon the Green Cross Code Man. He loved his fans as much as they loved him. #RIP (sic)"

The greatest 'Star Wars' villains, according to RadioTimes.com's poll: