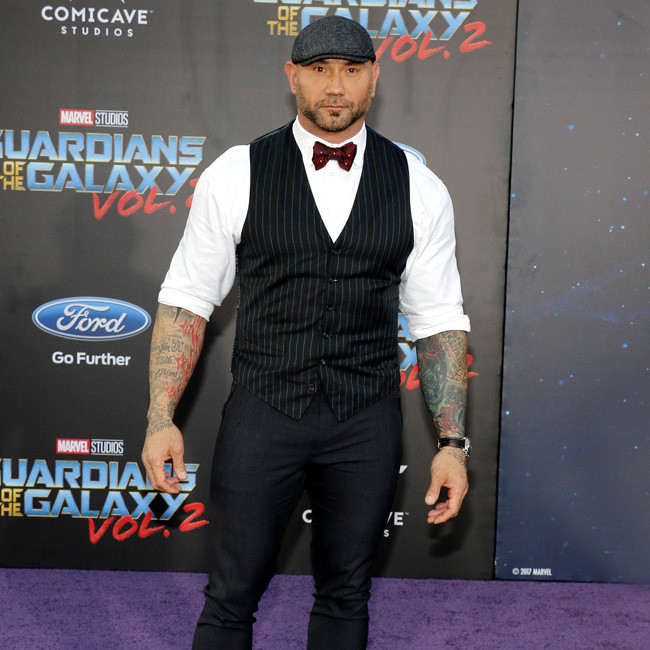 Dave Bautista has a "big fear" of wasting his life.

The wrestler-turned-actor is determined to make the most of his career and admits that in spite of his recent success, he never feels entirely satisfied.

Bautista, 52 - who has starred in films such as 'Guardians of the Galaxy' and 'Spectre' - told Collider: "I just have this real big fear of wasting my life.

The Hollywood star shot to fame in the WWE and he previously admitted it's been hard to establish himself in the movie business.

He said: "It's one of those things where it's bound to happen but I also realize I look a certain way and they cast me because I look that way. Sometimes it's hard to get people to take me seriously as an actor, when they just see me as this WWE musclehead."

Bautista stars in the 'Guardians' franchise alongside Bradley Cooper and he previously recalled meeting his co-star at a gym in London.

He shared: "I met Bradley when we were filming and he was over in London for Wimbledon and we met at a gym. We got talking and he didn't know anything about me - he wasn't a wrestling fan - and I told him I was over here for 'Guardians'.

"Then later he got cast as the voice of Rocket and we ended up with a lot of scenes together, but it wasn't until after he did the voices that we met legit."