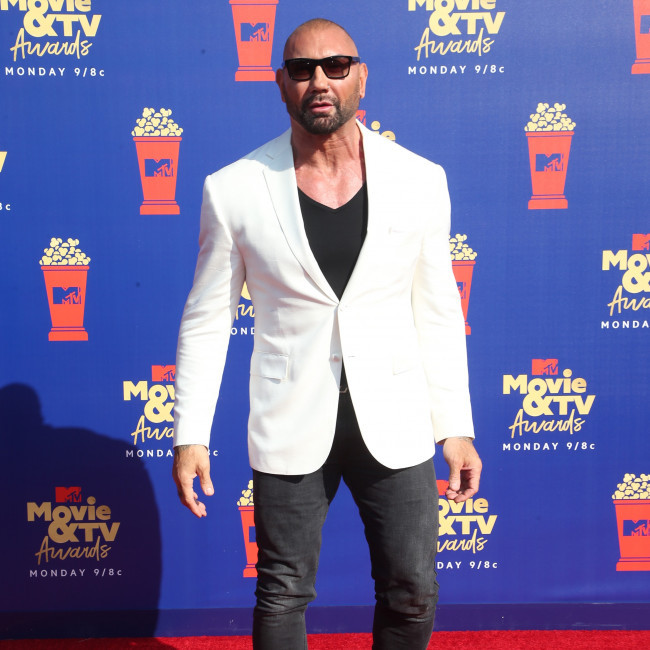 Dave Bautista wants to move behind the camera and direct

The 52-year-old wrestler-turned-actor is “slowly” making moves to work behind the camera and explore his love of storytelling in a new way, but he insisted it isn’t big-budget blockbuster movies he’s keen to turn his hand to.

He told SFX magazine: “That’s kind of been my goal for years. I’m slowly working my way behind the camera.

“I’m in my 50s man – my time in front of the camera is going to be limited! But I love filmmaking. And I also love storytelling, which is what I loved about wrestling.

“And so I hope to have a future in this. I want to be able to put stuff on screen and not necessarily blockbuster films.

“It’s definitely on my bucket list to direct at least one film and it’ll most likely be a small drama. But that’s what I love.”

And Bautista admitted one of the reasons why he was keen to making ‘Army of the Dead’ was so he could learn from director Zack Snyder.

He said: “You look at me and you think one thing, but then you get to know me or see how passionate I am about certain things and you’ll see a whole different person.

“I also really wanted to work with him because I wanted to learn from him. I wanted to see what he sees visually as a director.”

It took persuasion from the director to get him to sign up to play Scott in the film because he wasn’t interested in being in a zombie movie.

He added: “I’m not an enormous fan. I like the zombie genre and I watch ‘The Walking Dead’. But, you know, I’m sucked in to that because of it’s good stories.

“So then it’s just going to be a bunch of generic flesh-eating zombies that you’ve seen a million times before.

“Some people will love that, but for me, it won’t work. And as an actor, it wouldn’t be something I’d be interested in.

“Zack had a really great way of putting it when he said, ‘it’s a deconstruction of the zombie genre.’

“And it really is, because there’s obviously an apocalypse but I don’t think it’s the focal point of the film.”