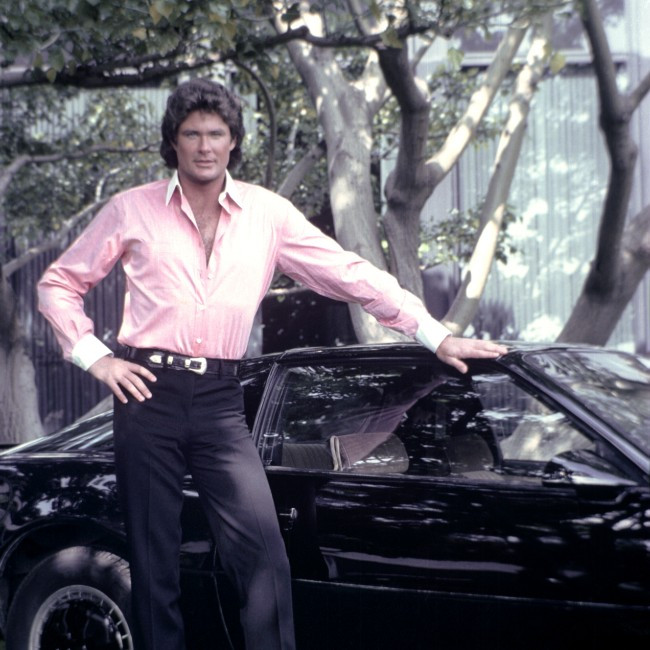 David Hasselhoff: I have 'emotional hand' in Knight Rider film

David Hasselhoff has an "emotional hand" in the new 'Knight Rider' movie.

The 68-year-old actor starred as crime-fighter Michael Knight in the TV action series between 1982 and 1986 and revealed that he is invested in the upcoming movie, despite not knowing if he will have a role in the flick – which is being produced by 'Aquaman' director James Wan.

The Hoff said: "The details I can share are I have an emotional hand in it and I have a passion.

Hasselhoff continued: "The concept, I don't really know. I threw my hat into the ring as 'nostalgia meets Knight Rider of today', which is not a new 'Knight Rider', but a continuation of it.

"They want to do a script that has my approval on it. Whether I'm in it or not, or whether I approve of it, the answer is: I don't know."

The 'Baywatch' star revealed that he been hoping to bring 'Knight Rider' – which follows the adventures of Michael Knight and his assistant KITT, an almost indestructible talking car – to the big screen for several years and hopes this adaptation remains truthful to the TV series.

David told Consequence of Sound: "I had the rights for about 10 years to 'Knight Rider', and I couldn't get a bite. And these guys have it now because of the timing, because of the resurgence of nostalgia, because the guy who's doing it gets it.

"It's not about a talking car. It's about the relationship between Michael and KITT. And it's also about the action and 'one man can make a difference'. And if they do that, I'll probably support it. If they don't do that, they've hassled The Hoff."