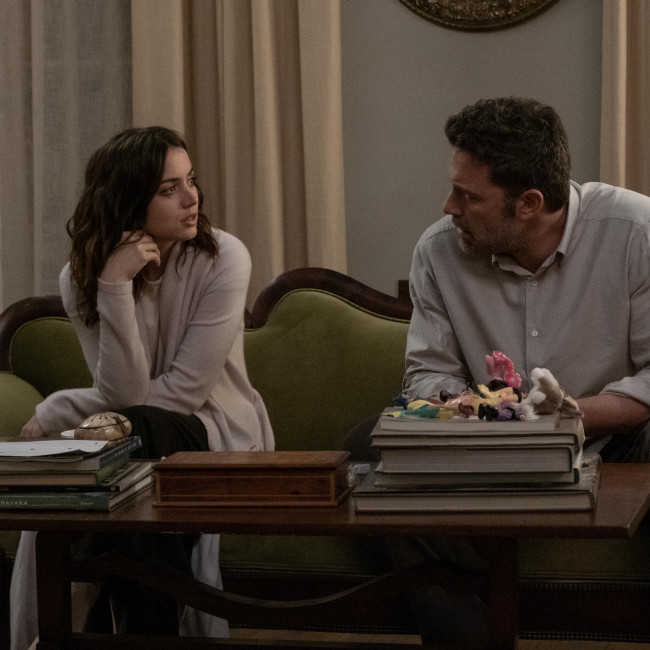 The pair – who enjoyed a real-life romance after meeting on the set of the movie but split early in 2021 - play wealthy couple Vic and Melinda Van Allen in the thriller and the 33-year-old actress was very impressed with how well her co-star easily adjusted to the different tones of various scenes in the film.

Ana told TV and Satellite Week magazine: “Vic is a very complex role – his character is the engine of the story.

“Ben managed to surprise me in every scene.

“Playing Vic required him to move between tragedy and irony or between realism and the most absurd comedy and he did it with ease.”

Director Adrian Lyne recalled how his lead stars had obvious chemistry from the minute they met.

The 81-year-old filmmaker said: “I tested Ana and Ben in my house. It’s more fun to do it that way – it feels a bit more real.

“There was banter between them. It was flirtatious but angry.”

The movie had a number of racy sex scenes, which the ‘Fatal Attraction’ director knows the film is most likely to be remembered for.

He said: “I always find it difficult to detach the sex from the rest of the film.

“The thing is that people tend to remember the sex.

“In ‘Fatal Attraction’, there’s a minute of Michael Douglas and Glenn Close getting together over a sink in the kitchen.

“It’s actually only a tiny part of the movie, but that’s what people tend to take away when they leave the cinema.”