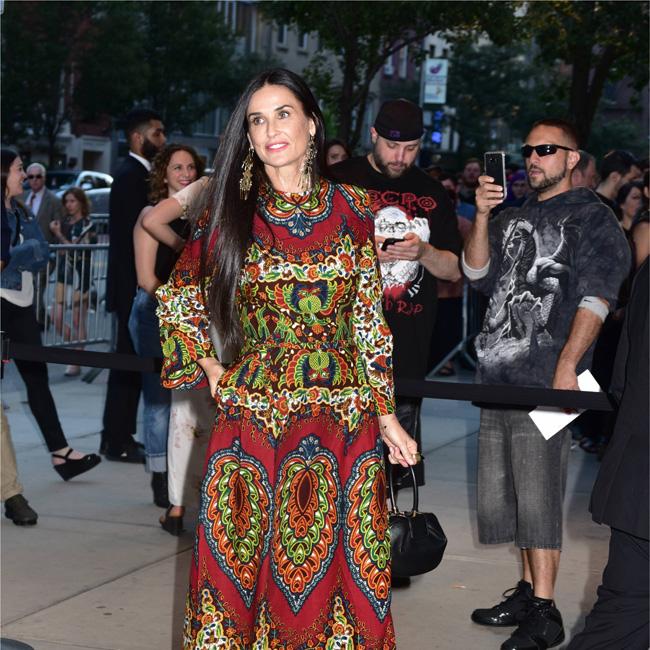 Demi Moore went to a meditation retreat with her 'Corporate Animals' co-stars to bond before filming.

The 56-year-old actress plays an arrogant CEO in the new movie and since Demi joined the project late after another actress dropped out, she did everything she could to bond with her new castmates.

Dan Bakkedahl told Variety: "She was incredible. Really. She couldn't have been more personable and friendly. "We all had lunch together and dinner together. We went to a meditation retreat, like all sorts of just crazy team building stuff. She's a real team player. So there was team-building out like in real life. She was like, 'Hey, we're all in here together. Let's get to know each other and appreciate one another.'

"When we got back...we all went to her house for lunch one day. There was no occasion. It was just 'Come to my house and let's have lunch.' It was great."

And Demi admitted she was surprised that her co-stars were so open to her team-building ideas, including meeting Hindu spiritual leader Amma.

She said: "I think that was the most surprising experience stepping in. I didn't know everybody. Another actress was originally going to do this and got ill and then I stepped in. So, I was really behind the curve. And the fact that everyone jumped in and was game with the first event, which was actually going in and meeting Amma, the hugging saint, was awesome.

"Everybody came. I thought for sure somebody would go, 'ah no', but everybody came. It was awesome, and we really chose to spend all of our time off together. We're still on a text thread that we all connect on."