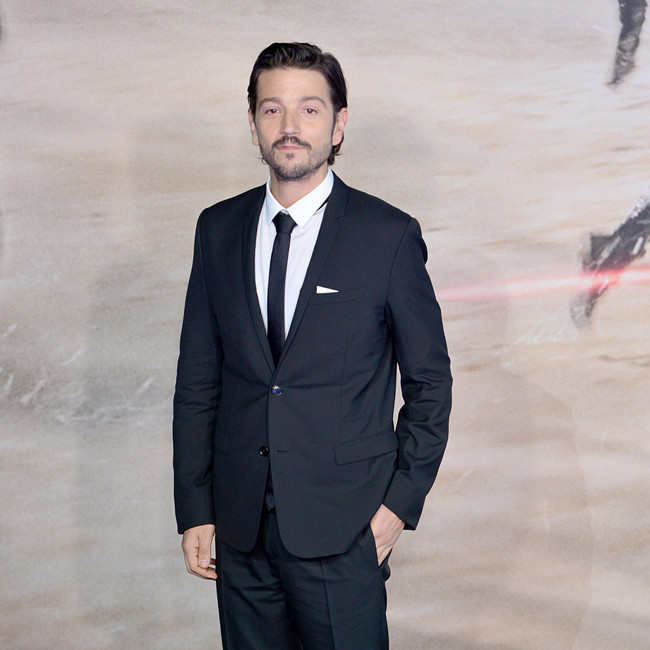 Diego Luna hopes returning to ‘Star Wars’ will put him back in his son’s “top 10 list of coolness”.

The 41-year-old actor - who has Jeronimo, 12, and Fiona, 10, with ex-wife Camila Sodi – is pleased to be reprising his ‘Rogue One’ role as Cassian Andor in new spin-off prequel series ‘Andor’ because his children’s excitement at him starring in the 2016 movie came crashing down when his character was killed off.

He told SFX magazine: “I’m happy to go back to a galaxy far, far away. It’s a dream come true.

“I’ll tell you how it felt. I was the coolest dad when I told my kids I was doing that film.

“When my son, that’s the one that connects the most with this universe, was watching the film he went, ‘My dad is the best!’

When shooting ‘Rogue One’, Diego was often hoping something would go wrong and a scene would need another take because he had so much fun piloting the spaceships.

He said: “On the movie, I had a session with a real pilot and I got a lot of information from him.

“The only thing I can tell you is, there is no other feeling like going into hyperspace. When you go, ‘Whoosh!’ and that thing goes crazy, it feels amazing.

“Every take I was like, ‘Oh please, I hope someone did something wrong, I want to go again.’ I mean, it was the nicest thing.

“The cockpit has this system underneath that makes it move. And then in front of you, you have this huge projection that shows you what you are going to be flying through.

“So it’s as close to flying as could be and quite an experience.”