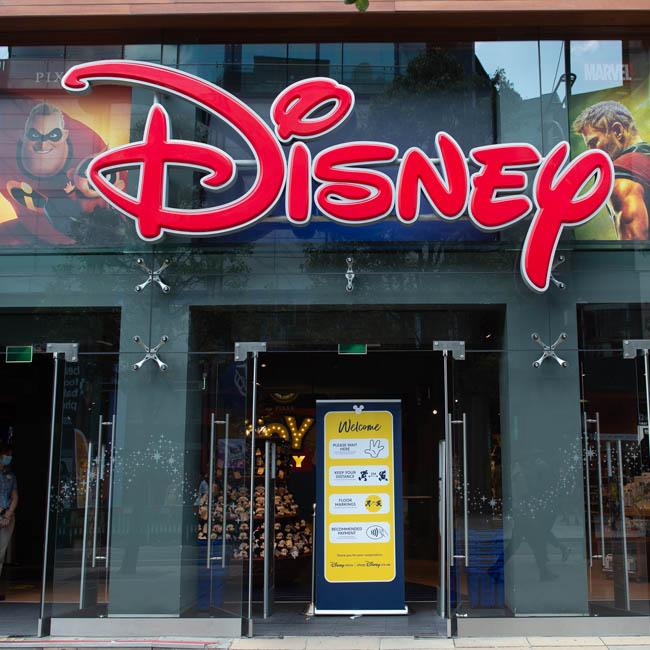 The company has confirmed the seventh biannual event - which was last held in 2019 - will take place from September 9-11 in two year's time, after previously being scheduled for next summer.

In a statement, the entertainment giant said: "We are excited to announce that the next D23 Expo will be held September 9-11, 2022 at the Anaheim Convention Center.

"D23 Expo 2022 will be a celebration unlike any other, as we give fans a first look at the incredible plans for the 100th anniversary of the Walt Disney Company."

The firm first launched in 1923 as the Disney Brothers Cartoon Studio, before becoming The Walt Disney Studio (1926-1929) and Walt Disney Productions

Meanwhile, the expo event is a big part of the calendar for Disney's D23 fan club, which grants members discounts and early access to the convention.

Last year, fans were treated to huge Marvel exhibits and a Disney+ kiosk, while there were also previews for the likes of 'Frozen 2', 'Onward', 'Soul', 'Eternals', 'Black Widow', 'Star Wars: The Rise of Skywalker', 'Mulan', 'Cruella', 'Jungle Cruise' and 'Maleficent: Mistress of Evil'.

The expo update comes after 'Black Widow' - which will star Scarlett Johansson as the titular superhero - was pushed back until May 2021.

The movie was originally due to be released in May this year, but after setbacks caused by the coronavirus pandemic, the feature was given a new release date of November 6, which has now been delayed further.

The new date means several other Marvel movies are facing a delay, including 'Shang-Chi and the Legend of the Ten Rings', which was due to be released on 'Black Widow's new date, May 7.

Instead, 'Shang-Chi' will launch on July 9, whilst 'The Eternals' - which was meant to follow 'Black Widow' in February next year - will hit cinema screens on November 5, 2021.

As part of the shuffle, a number of other Disney projects were also postponed, including Steven Spielberg's 'West Side Story', 'Kingsman' prequel 'The King's Man', and Kenneth Branagh's 'Death on the Nile'.