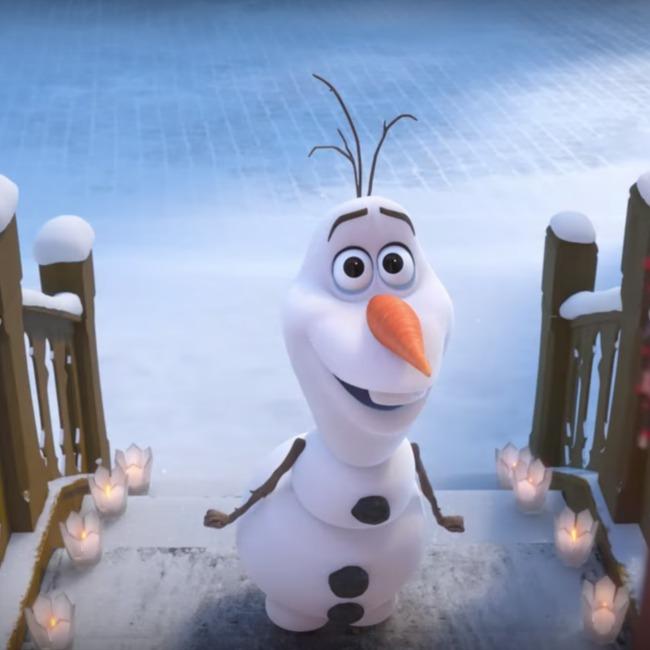 Disney has created 'At Home With Olaf', a new series of shorts starring the 'Frozen' movie character.

The series has been developed by Disney animator Hyrum Osmond - the supervising animator of Olaf from the first 'Frozen' film - to entertain fans who are at home in isolation due to the coronavirus pandemic and shows the silly magical snowman in a variety of amusing situations.

The first short, 'Fun With Snow', is online now and shows Olaf throwing snowballs before accidentally tossing the head off off a mini snowman.

Gad explained on Twitter that Jennifer Lee, the head of Disney Animation and the director of 'Frozen 1' and 'Frozen 2', called him to inform him that the studio was making these shorts and asked if he could reprise the voice of Olaf.

Revealing his nerves about recording from his home, Gad - who will be sharing the shorts on his own social media channels - tweeted: "My friends @alittlejelee & @mrhyrum called me up one day & asked me if I would be able 2 record some dialogue & sounds as Olaf from home. These little shorts done from home by Hyrum & the

@DisneyAnimation team are so charming & hopefully provide a smile during these scary times. It was a little bit of a challenge because I'm not good technically, and now we're releasing Olaf shorts!"

Gad, 38, is sure to be delighted to be voicing Olaf once again as he previously shared his sadness about the possibility of never bringing Olaf to life once again following the release of 'Frozen 2' last year.

He said: "Woke up this morning and had a realisation: I may have played Olaf for the last time. Who knows what the future holds, but should that be the case, thank you all for embracing this little bundle of optimism, naivete and now existentialism. I hope he bought u as much joy as he has me."