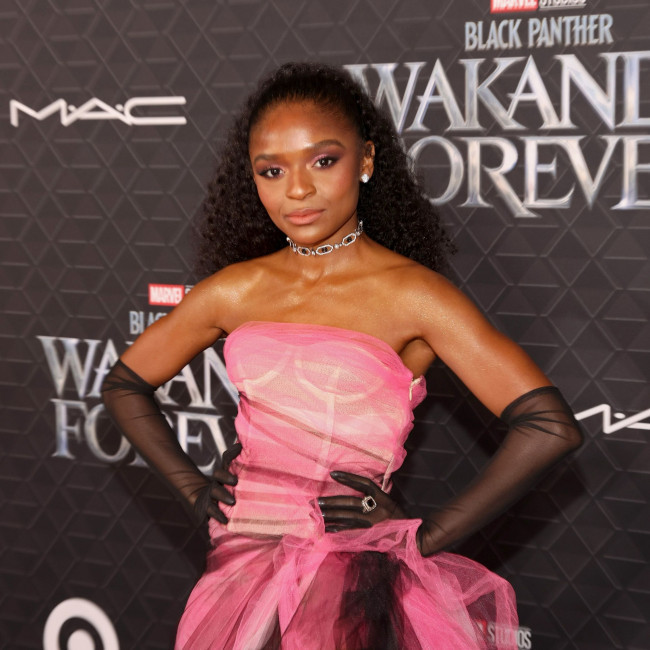 Dominique Thorne wanted her Marvel character to '"look different" than other geniuses.

The 24-year-old actress stars as Riri Williams/Ironheart in the superhero movie 'Black Panther: Wakanda Forever' and explained that she wanted to make sure her character was visually different from what others may expect as she made her entered the Marvel universe.

She said: " I think for me, I don't know if it's a bit of a secret, but I think talking about it this go-round has definitely been the first time I've really shared it, is that it was important for me that Riri Williams, who we all know is a super genius, and who we all know does this incredible build by making her Ironheart suit, it was important for me that she was outside of what folks might expect when they think about what a “genius” looks like, or what someone who goes to MIT sounds, or just how they carry themselves in that space. "

The 'Judas and the Black Messiah' star went on to add that she was "thankful" that her vision was supported by the creatives of the movie and she was able to "play around" with the character as she developed the role.

She told Collider: "Thankfully, it was a choice and a hope supported by the words that Ryan Coogler and Joe Robert Cole had down on paper and also, of course, the character that Eve Ewing had established. I’m very glad that I was given a character that could support that hope of mine, but also in me figuring out how I embody Riri is wanting to figure out how I could play around in different moments, and maybe do something differently than whatever my first thought might be."