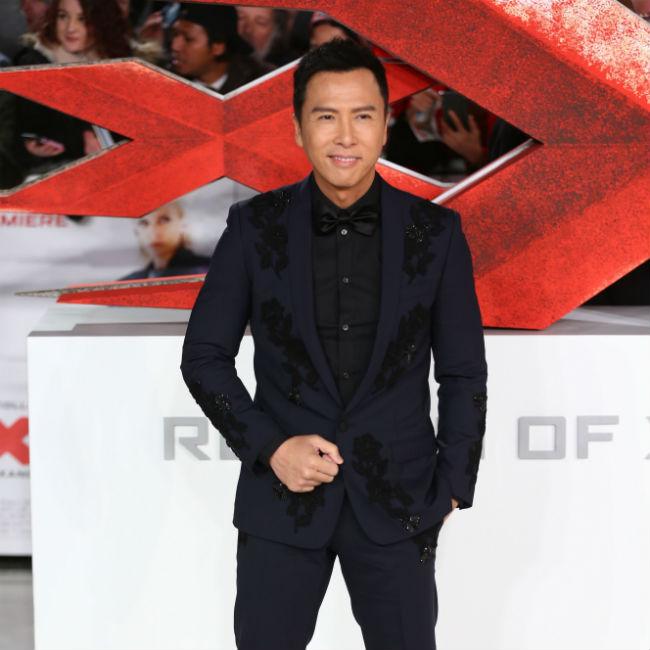 The 56-year-old actor has reprised the role of Wing Chun grandmaster Ip Man for the fourth and final time for the new movie, and Donnie believes it's the perfect moment for him to walk away from the money-spinning franchise.

He told the South China Morning Post newspaper: "I have starred in 78 movies in total. I did my best every time as I love movies ...

"People might view actors as filled with glory, but we, especially those of us who make action and kung-fu movies, have a very harsh life. Our bodies are filled with injuries and pain.

"I love each [of my] movies, but [I feel] I have already made [all the] breakthroughs [I can] in the kung-fu movie genre. For 'Ip Man 4' to be my swansong work, it's a very good ending."

Donnie also hopes that his movies will "make the audience more passionate about kung-fu culture".

He explained: "I didn't say I'm retiring. I still have lots of passion.

"For kung-fu movies, I will participate as a director or producer. I hope my movies will make the audience more passionate about kung-fu culture."

Despite his recent appearances in high-profile movies, Donnie previously bemoaned the lack of opportunities for Asian men in Hollywood.

Donnie suggested that movie studios are sometimes reluctant to hire people like himself because they are considered to be "threatening and intimidating".

The actor - who appeared in 2016's 'Rogue One: A Star Wars Story' - reflected: "If you're a minority in this industry, the job opportunities are given to you ratio-wise. That doesn't mean Hollywood is giving Asian men equal opportunities, especially considering China's world status today and the development of other Asian countries too.

"We're influencing the rest of the world. But when you have an industry basically run by white people for decades, it's not going to change overnight. I do see a part that's changing. We see more Asian females, mostly females, because they're less threatening and intimidating."