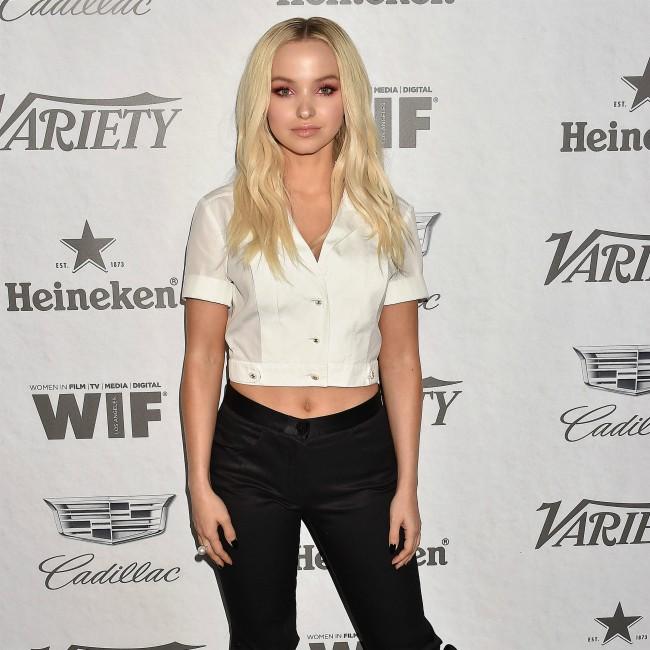 Dove Cameron has joined the cast of 'Isaac'.

The 24-year-old actress is to appear in the psychological thriller opposite RJ Mitte, and filming is underway in Los Angeles.

Mitte confirmed he and Cameron are starring in the film, by taking to Twitter to share a picture from the set.

Josh Webber will direct the motion picture, and he also penned the script alongside Christopher Neil.

Laci Carriere will also appear in the movie, which will tell the story of Isaac (Mitte), who sets out to commit a revenge murder with a waitress he meets, Cassi, who will be portrayed by Cameron.

Cameron is known for playing both titular roles in Disney Channel teen sitcom 'Liv and Maddie', and she also starred as Mal in the 'Descendants' film franchise.

The actress recently got a tattoo tribute to her late friend and co-star in the movie series Cameron Boyce, after he passed away in July 2019 at the age of 20 as a result of a seizure.

She had an inking of a gun shooting out a single rose on her left wrist as tribute to her late pal.

Speaking in a video, she said: "I want to get a single needle, either like a pistol or a revolver or some type of firearm, but I want it to have wither like a single rose or like a bouquet coming out of it, because I am very anti-gun and I am very pro-gun regulation. And it's sort of like a nationally recognised symbol for peace and for anti-gun movements. Also my friend, Cameron, passed away a few months ago and he was starting this organisation called Wielding Peace. "He wanted to get influential people holding things that sort of looked like they were in the shape of a gun, but then it would something artistic or peaceful. He [posed] with a bouquet of flowers actually, and I think that that's really beautiful and I've been trying to think of a tattoo to get for him since he passed and I just felt that this one was really appropriate."