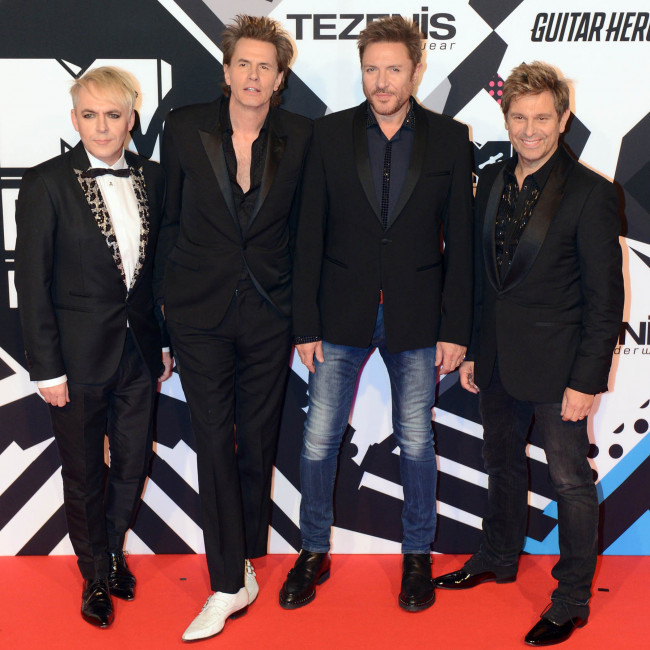 Duran Duran are working on a Hollywood biopic.

The British new wave band are in talks to make a movie about their remarkable career, with band members Simon Le Bon, Nick Rhodes and John and Roger Taylor all involved in negotiations.

The film will chart the group's formation in the late 1970s and their success during the following decade. It will also document the reunion of the band's most successful line-up in 2001.

Roger, who played drums in the 'Hungry Like the Wolf' band, revealed that the group want rising stars to portray them in the film.

He told The Sun newspaper's Bizarre column: "It's something that is under discussion. It is being discussed and we've had different scripts and ideas put forward.

"We haven't quite decided on the right one yet. But there are things in development so we will see where they go. We would love to do something like that and I think something will happen in the next few years."

Roger continued: "I would want a really good Hollywood actor to play me.

"It would have to be someone who's on the cusp of their career, who's got the right look, the right vibe and that's going to take some time to find I think."

The proposed Duran Duran biopic follows the success of the films 'Bohemian Rhapsody' and 'Rocketman – about Freddie Mercury and Sir Elton John respectively.

The 'Rio' hitmakers have recently released the album 'Futures Past' and Roger has suggested that there is plenty more to come from the band.

The 61-year-old musician said: "We don't really discuss too far into the future. As long as we stay healthy and relatively sane – which we will, we're all in a good place now – I can see it continuing for quite a while."