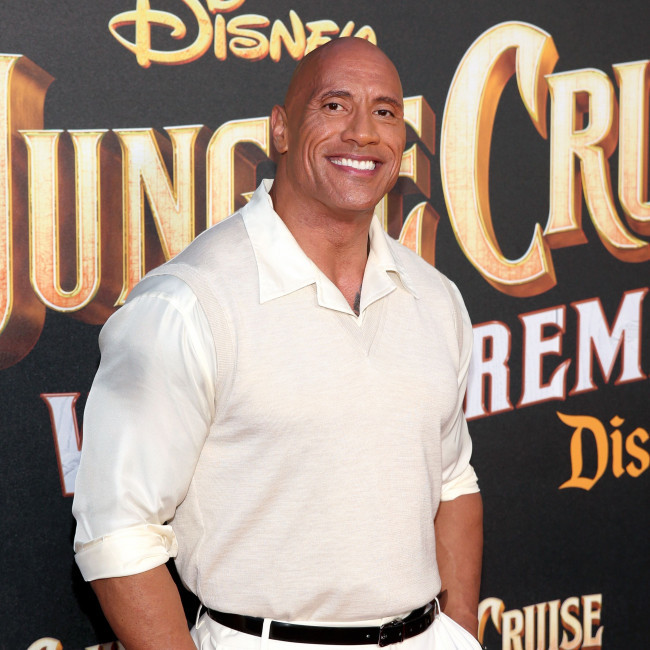 Dwayne Johnson to star in Red One

Dwayne Johnson is set to star in 'Red One'.

The 49-year-old actor has signed up for the Amazon's Christmas-themed film, which will see him reunite with 'Jumanji' director Jake Kasdan.

Kasdan will also produce the movie, alongside Johnson and his Seven Bucks Productions partners, Dany Garcia and Hiram Garci.

It is not clear yet who Johnson will play in the movie but it has been reported that he could be starring as Santa Claus.

Garcia - who is Seven Bucks’ president of production - created the original story and the script is being written by Chris Morgan, who will also produce.

The movie has been described as “a globe-trotting, four-quadrant action-adventure comedy, imagining a whole new universe to explore within the holiday genre".

Meanwhile, Johnson recently revealed he only agreed to appear in ‘The Fate of the Furious’ if he didn’t have to share scenes with Vin Diesel.

The two stars have butted heads while working on the ‘Fast and the Furious’ franchise and the ‘Jungle Cruise’ actor confirmed he did what he could do avoid any “drama” during the making of the 2017 film.

He said: "I wanted to forgo drama. I thought that that was the best thing to do. For everybody."

In 2016, Johnson sparked speculation when he complained about the professionalism of some of his male co-stars on the franchise on Instagram and branded them “candy a***s” and he’s now claimed he received a lot of support from the crew following his candid rant.

He told America's Vanity Fair magazine: “[It was] as if every single crew member found their way to me and either quietly thanked me or sent me a note.”

Although he insisted “nothing specific happened” that made Dwayne speak out, he revealed he and Vin went on to have a meeting in his trailer to address the post, where they agreed to disagree because they are “philosophically two different people”.