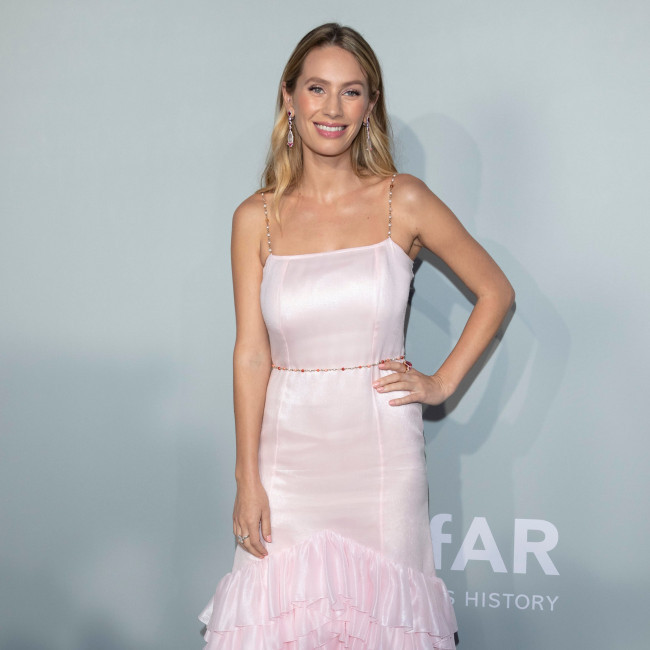 Dylan Penn found making a movie with her dad to be like "family therapy".

The 30-year-old actress admitted it was "intense" to shoot 'Flag Day' alongside Sean Penn - who has also directed the film - but it was also comforting to know he was there with her when she had to be "vulnerable" during filming.

She said: "It does really feel like you're doing family therapy in front of a crew of strangers that eventually become your family. To be that vulnerable is scary, so to do it with your family around does help."

The film is based on the real-life story of John Vogel, who lead a double life as a counterfeiter, bank robber and conman to provide for his daughter Jennifer, and Sean had the project in development for 15 years, dreaming his daughter would sign up for all that time, though he was "absolutely" convinced she would say no.

He told 'Entertainment Tonight': "Dylan was so resistant, to the point of rebellious, about the notion of being involved in front of the camera. I was glad and excited when she accepted to do this. I gave her little nudges over the years, she had other nudges."

And Sean - whose son, Hopper Penn, is also in the film - praised Dylan for her "extraordinary" performance in the movie.

He added: "The very first time I read [the script], Dylan's face was imprinted in my mind as Jennifer. That's been the driving dream. Now she came and made the ultimate dream come true in terms of her talent. What she is able to convey on the screen is so unique and beautiful."

The 'Milk' actor said: "She was so extraordinary. It was such a gift to be able to have this experience with her... I think she captured something so [full of] magic here that I can't imagine not having done it at this point."

His daughter added: "I think I'm still processing everything that's happening right now, but I think that I'm pretty aware of the fact that when I look back on this, however many years from now, that it will be a special moment in time, for sure."