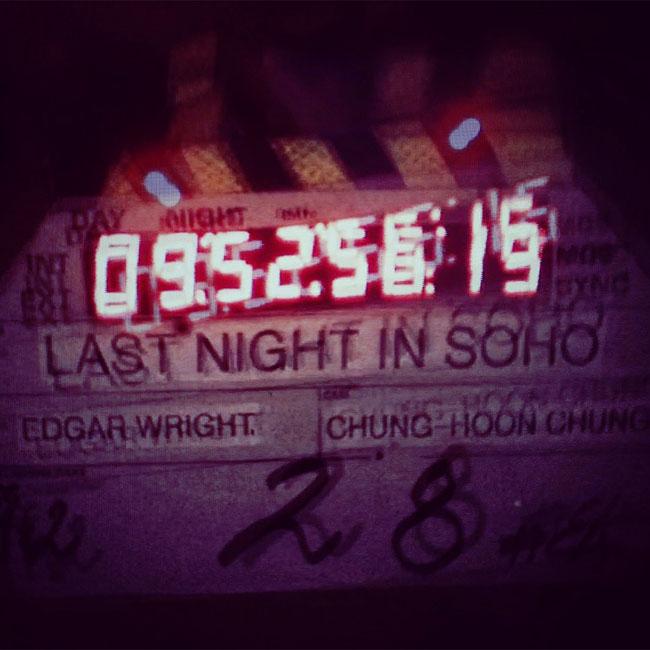 The 45-year-old director - who is best known for his work on the 'Cornetto trilogy' - announced that his upcoming psychological horror thriller, which is being co-produced by Focus and Working Title, has started filming.

The 'Shaun of the Dead' filmmaker shared a shot of the film's clapperboard which revealed that Chung-hoon Chung will act as cinematographer on the movie.

The acclaimed director previously revealed that his new project will star a female lead, although specific details about the movie remain a closely-guarded secret.

Edgar - who is also working on a sequel to 'Baby Driver' - explained: "I realized I had never made a film about central London - specifically Soho, somewhere I've spent a huge amount of time in the last 25 years.

"With 'Hot Fuzz' and 'Shaun of the Dead' you make movies about places you've lived in. This movie is about the London I've existed in."

The upcoming movie is based on a script he has co-written with Krysty Wilson-Cairns and will reportedly star Anya-Taylor Joy and Matt Smith in lead roles.

Meanwhile, actress Lily James - who has been dating Matt since 2014 - previously heaped praise on Edgar, revealing she loved working with him on 'Baby Driver'.

The 'Mamma Mia! Here We Go Again' actress - who starred as Debora, a young waitress and Baby's love interest, in the 2017 movie - shared: "I think it's credit to Edgar Wright - his script is really beautifully written and constructed and he's really clever.

"He's such an amazing storyteller and he does it through images and shots, so he makes us care for Baby and then Debora and then puts them together."