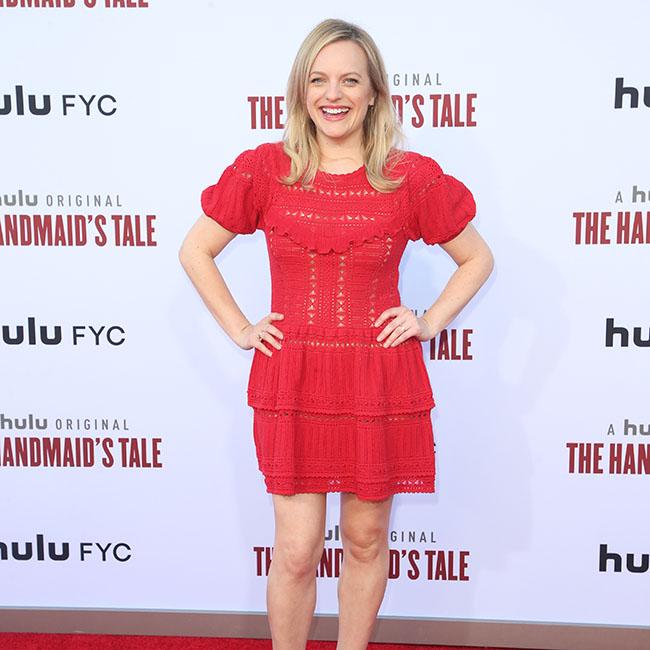 The 37-year-old actress stars in the new horror film 'The Invisible Man', based on the novel of the same name by H.G Wells, and also features in the dystopian television drama 'The Handmaid's Tale'.

Moss insists being part of those darker storylines is "way more fun" than playing happy characters even though they do not reflect her own personality.

Speaking to Digital Spy, she said: "I wish the narrative was that I was some dark, serious person. I wish I was more like Joaquin Phoenix or something, but I just find them really fun.

"I find them really enjoyable and challenging to me, it's more fun to run around and do crazy s*** than to be happy on screen."

Moss plays Cecilia Kass in 'The Invisible Man', a woman trapped in a violent and controlling relationship with husband Adrian Griffin (Oliver Jackson-Cohen). Her character's sanity unravels after the supposed suicide of her abusive partner and Moss is proud of the fact that much of the horror of the Universal movie is "grounded in reality".

She explained: "I think the thing that makes it the most scary is that it's so grounded in reality. There's a real man, a real villain who has no superpowers, there's nothing magical that makes him scary.

"And she's a real woman and they had a real relationship and I think that's what freaks people out the most."

The movie, which is written and directed by Leigh Whannell, sees Moss' character staked by an invisible presence and features sequences of the 'Shirley' star walking around with nothing to act against, a challenge she described as a "dream come true".

She recalled: "My favourite scene that we did was one that was really simple. Just one shot on Steadicam going through a hallway, and I'm just turning on lights and revealing that nothing's there and then that door opens behind me.

"It was heaven. I was like, 'I am that girl in those movies that I love!' It was really a truly a moment when we said cut I was like, 'Leigh, that was like a classic horror movie scene.'"