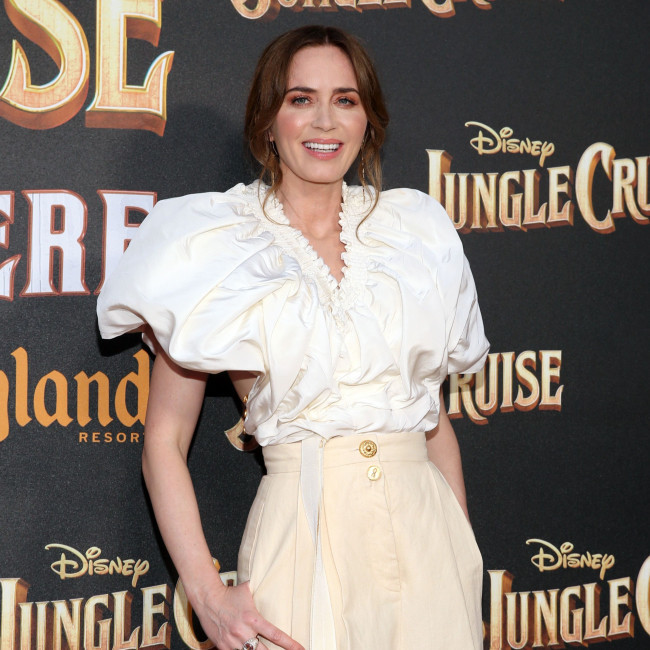 The 38-year-old actress stars in the new Disney movie 'Jungle Cruise' as botanist Lily Houghton and revealed that she loves a "leap into the unknown" when playing a character.

"So I don't think I'm nearly as adventurous-spirited as Lily is, but I do love the leap in the unknown. I really do. I love it about every choice I make. I just like to do stuff that moves me, so that hopeful spirit she has was close to home. I loved it. I understood it."

Emily stars in 'Jungle Cruise' opposite Dwayne 'The Rock' Johnson, who revealed that he sent the 'A Quiet Place' star a video begging her to be in the film but ended up being "ghosted".

The wrestler turned actor said: "When the script came to me, I loved it... [the role] was always for Emily Blunt. It was always Emily Blunt, that is the truth. She knows it ... I sent this video. I worked all night, I came home, it was like three in the morning. I was like, 'Okay let me make this video for Emily just telling her what a big fan I am and I would love for her to come onto the movie.'"

And when Emily asked him what he heard back after sending the video, he admitted she had "ghosted" him, adding: "'Nothing! Absolutely nothing! Ghosted me!"