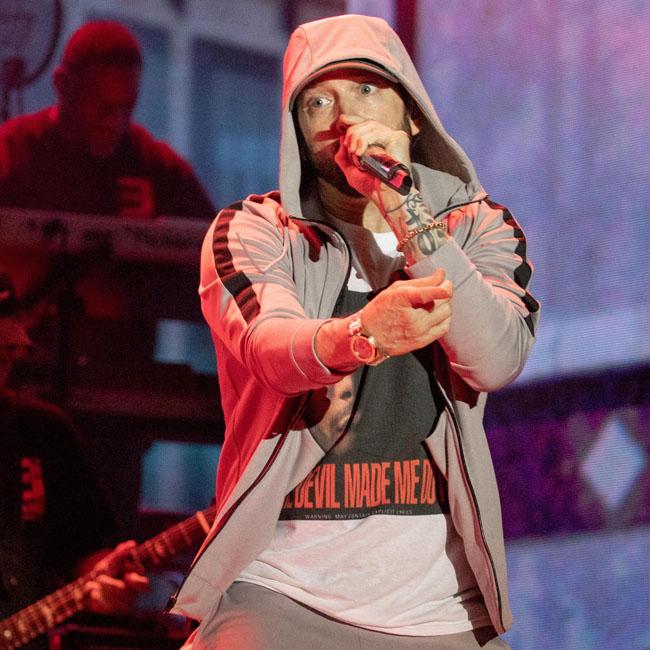 The 'Lose Yourself' hitmaker won an Oscar for the huge track - which featured in his movie '8 Mile' - in 2003, and while there doesn't appear to be anything in the pipeline at the moment, the rapper refused to dismiss the idea of returning to acting if the "right" project came along.

Speaking to Variety, he said: "Um... I'm not gonna say I don't, because if the right script comes along and it's something that fits with my schedule I might take another dive in it."

Eminem - who shocked fans by performing his Academy Award-winning song at the ceremony over the weekend - admitted while he's "glad" he worked on the movie, there was "a lot" to take in for his first major film role.

Asked if he enjoyed the experience, he added: "I did ... and I didn't (laughs). There was a lot of stuff that was not, um... It was a lot of work, and it being my first film I was not really expecting that.

"And it's tough when you've got to be on someone else's schedule, with the way that I work. But yeah, I'm certainly glad that I did it, and there were parts that were definitely fun, it was just a lot."

Meanwhile, Oscars co-producer Lynette Howell has heaped praise on Slim Shady for his surprise appearance over the weekend.

She said: "So we reached out [to Eminem] to see if that was something he might want to be involved in. He said yes."

And Lynette is delighted the event organizers managed to keep the performance under wraps until the last minute.

She said: "We've been holding onto it for a while. It was nice that we surprised people - we don't usually get to surprise anybody in this day and age!"