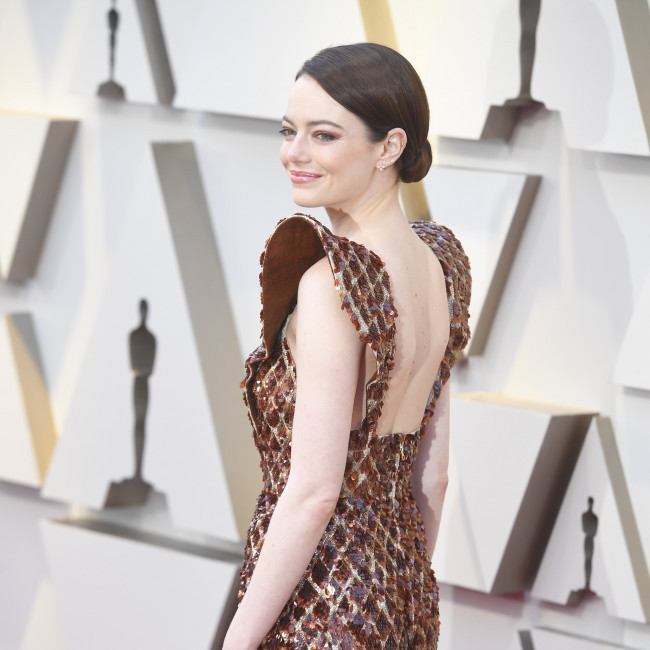 Emma Stone would like to see an origin movie about Ursula from 'The Little Mermaid'.

The 32-year-old star took on Cruella de Vil in the live-action movie 'Cruella', and she has revealed another Disney villain she'd like to have their own movie to learn more about their backstory.

Speaking to Variety, she said: “She’s an octopus and the world you would get to live in, like Ursula’s parents and what happened there. You’ve never really seen a non-human Disney villain be explored in that way."

Stone's co-star Emma Thompson - who plays Baroness von Hellman in the third live-action adaptation in the '101 Dalmatians' franchise - then suggested an angle for how the villainous sea witch could have been messed up as a kid.

She laughed: “The parents keep giving her a shirt that only has four arms.

“They really mess her up with that from a very early age, so she’s constantly trying to fit two arms into each hole. That would really mess you up, wouldn’t it?”

The next star to take on the role of Ursula is Melissa McCarthy in Rob Marshall's upcoming live action/CGI adaptation of the 1989 Disney classic 'The Little Mermaid'.

The 'Bridesmaids' actress previously revealed what kind of Ursula she will be and admitted it was "delicious" portraying the villainous half-woman, half-octopus.

She said: "I have such an affection for Ursula. I know she’s the villain, but I’ve just always kind of been like, ‘Oh my god.’ I mean, she’s kind of delicious to play.

"I’m just kind of doing it as if I could be like the vaudevillian night club act that lives in my heart. It’s just so fun, you can’t go too far with her and I’m excited to see it."