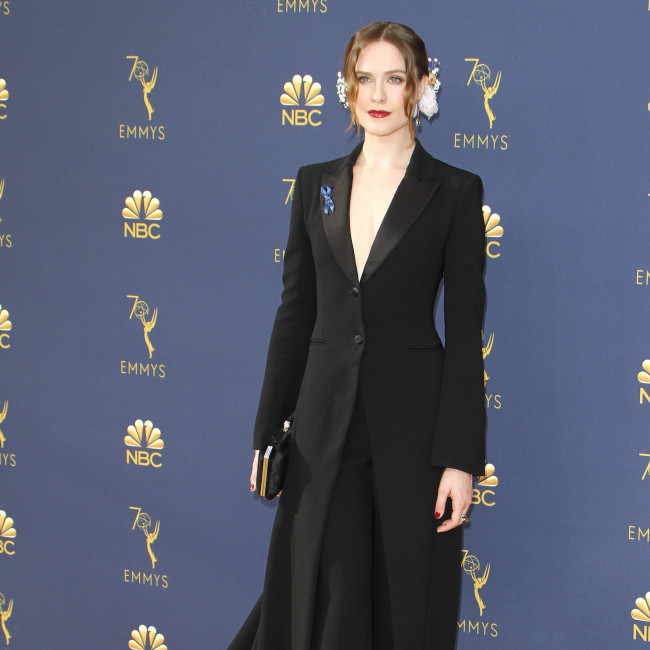 Daniel Radcliffe stars as the parody song legend in his upcoming biopic, and now the 34-year-old actress has boarded the cast as The Queen of Pop and wowed with her transformation into the 63-year-old music icon.

Evan shared a snap of her in the lace wedding dress-style ensemble, complete with stacked jewellery and the cross earrings, which Madonna wore in her music video for 1984 hit 'Like a Virgin', a song which Al famously parodied and turned into 'Like a Surgeon'.

Alongside the snap, Evan wrote: “The secret’s out! I am having WAY TOO MUCH FUN playing the iconic Madonna in @therokuchannel’s WEIRD: The Al Yankovic Story with Daniel Radcliffe.”

Looking forward to the project, Al said: "When my last movie 'UHF' came out in 1989, I made a solemn vow to my fans that I would release a major motion picture every 33 years, like clockwork. I'm very happy to say we're on schedule.

"And I am absolutely thrilled that Daniel Radcliffe will be portraying me in the film. I have no doubt whatsoever that this is the role future generations will remember him for."

Production is fully underway in Los Angeles, and the movie will be available exclusively on The Roku Channel.

Colin Davis, Roku's head of original scripted programming, said: "There clearly aren't enough biopic movies about famous musicians and we were excited to shine a light on the incredibly true, unexaggerated story of Weird Al.

"This is sincerely the ultimate combination of talent, creativity, and friends, coming together to make something genuinely funny and we could not be prouder to call this film a Roku Original."

Eric Appel, the film's writer and director, jumped at the chance to turn Weird Al's life into a film.

Eric shared: "When Weird Al first sat me down against my will and told me his life story, I didn't believe any of it, but I knew that we had to make a movie about it."