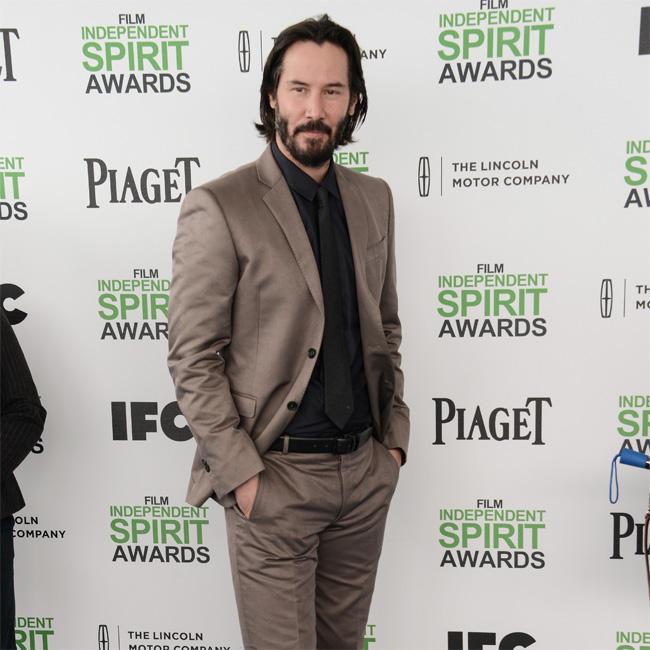 Fans invited to appear in Bill and Ted Face The Music

Fans are being given the chance to appear in 'Bill & Ted Face the Music'.

Alex Winter and Keanu Reeves return to their respective titular alter egos Bill S. Preston, Esq. and Ted 'Theodore' Logan for the third instalment of the fantasy teen comedy and now fans are being given an opportunity to be in the movie too by submitting a video of themselves rocking out.

A new website, Party On With Bill and Ted, invites fans to "be a most excellent part of our movie".

A message on the site continues: "Show us your moves! Rock out with any instrument - real or fake - or just play air guitar!

"The producers would like to invite you to be a small but most excellent part of our movie! Check out the track above. Film yourself, family, friends and even your pets rocking out! Finally, submit your video by May 20 for your best chance to have it included in the new 'Bill & Ted' movie - coming Summer 2020!"

The third instalment picks up in the future when both Bill and Ted have wives - played by Erinn Hayes and Jayma Mays - as well as each having a daughter, Thea Preston and Billie Logan, who will be played by Samara Weaving and Brigette Lundy-Paine respectively.

Bill and Ted have yet to fulfill their rock'n'roll dreams, but have their lives changed when Kelly (Kristen Schaal) visits them from the future to warn them that only their song can save life as we know it.

A description for the movie reads: "Yet to fulfil their rock and roll destiny, the now middle-aged best friends set out on a new adventure, when a visitor from the future warns them that only their song can save life as we know it and bring harmony to the universe. Along the way, they will be helped by their families, old friends and a few music legends."

'Bill & Ted Face the Music' is being directed by Dean Parisot from a script based on a screenplay by original writers Chris Matheson and Ed Solomon.