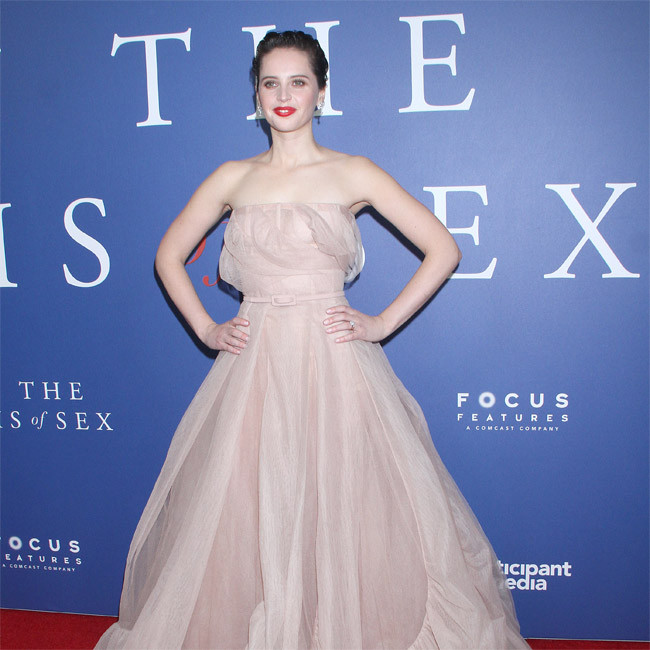 Felicity Jones strives to work on movies with a mix of men and women.

The 37-year-old actress revealed that she is much more "relaxed" when working on a set with a mixed environment after previously taking it "for granted" that she worked in a male-dominated industry.

Felicity told The Times newspaper: "I always took it for granted that I worked in a very male-dominated environment, and it's only recently when I worked on sets and it's been split equally with men and women. I realised it's much more relaxed. Mixed environments are just better."

The star's latest movie is 'The Last Letter from Your Lover', a romantic drama based on the book of the same name by Jojo Moyes. Felicity and her co-star Shailene Woodley are executive producers on the film and 'The Theory of Everything' actress credits Reese Witherspoon for allowing female actresses to contribute behind the scenes on a motion picture.

Felicity shared: "Reese Witherspoon has pioneered actors getting involved behind the scenes. We've had cinema that has been dominated by the male perspective for centuries. And so it's wonderful that we're starting to see more female directors starting to rebalance."

The 'Aeronauts' star explained that she now has more confidence to assert herself on set as a result of the changes in the industry.

Felicity said: "Through experience comes confidence; you feel like you know what you're talking about. Growing up on sets and being on them so often, you do get to know every aspect of film-making. You want to start having a say in the stories that are told; stories dictate ideology."