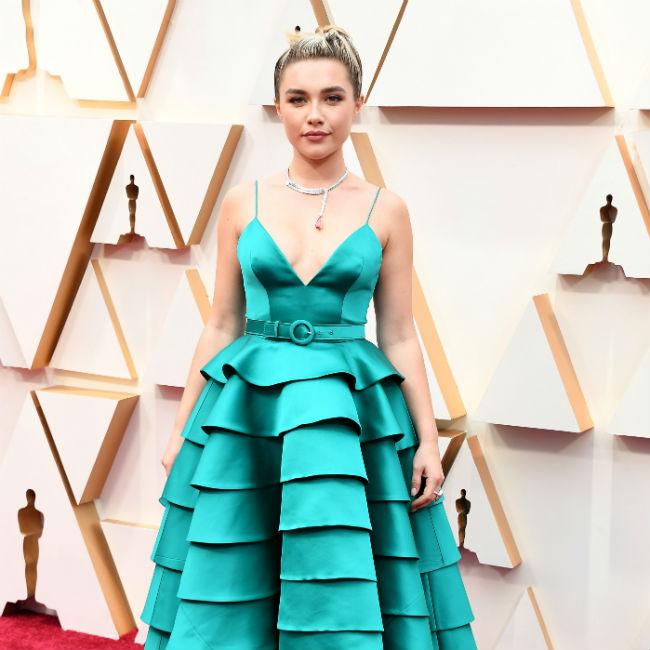 Florence Pugh has been cast as a lead character in Olivia Wilde's new movie.

The 24-year-old actress is set to star alongside the likes of Shia LaBeouf and Chris Pine in Olivia's much-anticipated follow-up to her directorial debut 'Booksmart', according to Deadline.

Florence will play a leading role in 'Don't Worry Darling', a psychological thriller set in California in the 1950s.

Olivia is set to star in, direct and produce the project, with Katie Silberman - who was one of the writers on 'Booksmart' - penning the screenplay based on an initial script by Shane and Carey Van Dyke.

The upcoming movie is being produced by Vertigo Entertainment's Roy Lee and Miri Yoon, while Olivia will serve as an executive producer alongside Silberman Catherine Hardwicke, as well as Shane and Carey Van Dyke.

The actress admitted to feeling "low" during the first few days of the lockdown - but she's subsequently learned to fill her days with things that make her happy.

"I instantly started shimmying and boogeying in the morning and I felt so much happier and just ... bubbly all day."

Florence initially tried meditation but she finds it "frustrating".

Instead, she's found a "sense of calm" from cooking and tending to her vegetable patch.

The actress shared: "I've also turned toward chopping and cooking and flavors. I have this vegetable patch that I put in in autumn of last year, so that's where I'm getting all my cabbages, and my leeks - and my elephant garlics!

"I'm totally finding a sense of calm in all the greenery."