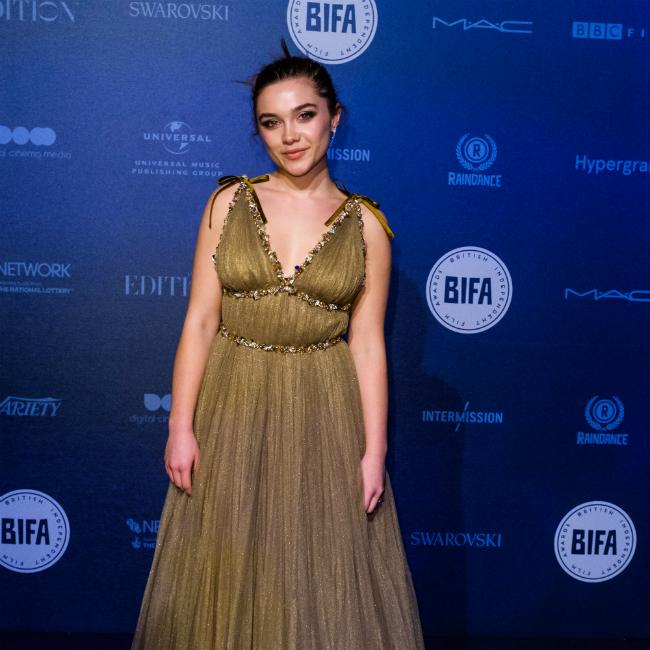 Florence will play the role of assassin Yelena Belova, who shares the Black Widow mantle with Scarlett Johansson, in the prequel film.

The 'Midsommar' star has promised fans that the action movie will have more emotion than a typical superhero film.

Speaking to Variety, she said: "I think we've made something very raw and very painful and very beautiful and I think people are going to be surprised by the outcome of a big action film having that much heart."

Florence, 23, also discussed the "special" experience of learning from Scarlett, 34, on set and insists that after portraying her Black Widow Natasha Romanoff in the Marvel Cinematic Universe - up until her death in 'Avengers: Endgame' for a decade that she deserves her own standalone film.

She said: "I know lots of people will be emotional about her because her character had such a hard ending, but it was special learning from her, and she's been doing this for like 10 years in those films. For this to be her film was special. And I got to be there and see how she does stunts and lives it, and it's so her."

Florence has wrapped her scenes on 'Black Widow' and she admits it has been a "nuts" but wonderful experience.

She explained: "It was one of the most bizarre, nuts, extravaganza experiences. I just finished on it about three weeks ago. Landed the role in March, April, started prepping in May, and then we shot throughout the whole of summer. We shot in London, Budapest, Morocco, and then they went for Atlanta for a bit."

The actress also appreciated the opportunity to work with a female director in the form of Cate Shortland.

Florence said: "The fact that I got to do one of those films with a lead actress and the most beautiful and warm director, Cate Shortland, was a very, very unique and special experience.

"I don't know what the other films are like and working on them, but I remember being on set many times and thinking, 'I know this isn't like this, I know this is unique and I have to take it all in.'"