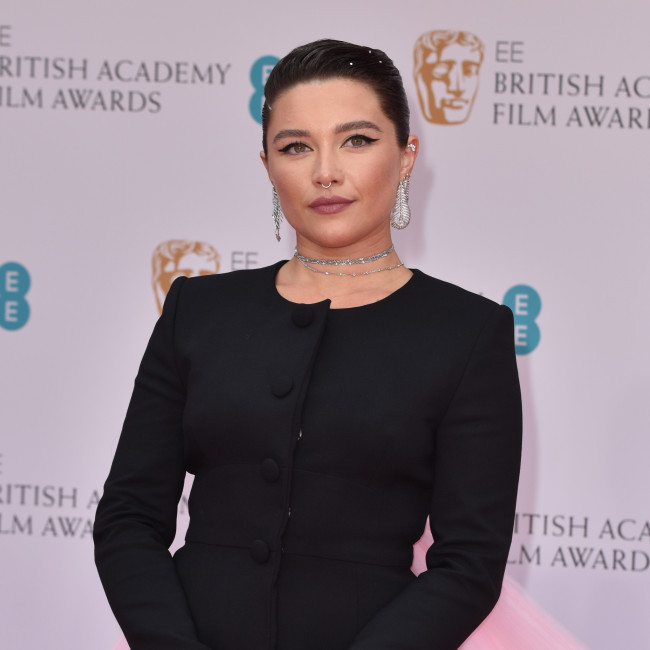 Florence Pugh has criticised the focus placed on her sex scenes with Harry Styles in 'Don't Worry Darling'.

The 26-year-old actress stars opposite the pop heartthrob in the new psychological thriller that has been directed by Harry's girlfriend Olivia Wilde and explained how she was frustrated by the attention placed on the teasing of a racy oral sex scene between the two characters when the movie's trailer was released earlier this year.

In a recent interview with Harper's Bazaar, Florence said: "When it's reduced to your sex scenes, or to watch the most famous man in the world go down on someone, it's not why we do it. It's not why I'm in this industry.

'Don't Worry Darling' is set in the 1950s and feature Florence as an idyllic housewife living with her husband (Styles) in a utopian experimental community. When one of the wives in the area goes missing, Pugh's character starts to wonder if the glamorous company her husband works for could be hiding disturbing secrets.

The 'Late Night Talking' hitmaker said: "It does feel vulnerable. I'd never kissed anyone on camera before and it felt like giving a part of myself away in some ways."

Styles continued: "I think the most important thing in that stuff is trust. I think if you speak about it properly with everyone that is involved (that helps).

"If you remember that the most important thing on the set is the two human beings doing it. If at any point either one of you is uncomfortable, I think having the conversation where it's like, 'It doesn't matter if they're getting great stuff, if you don't feel good, you tell me and we'll stop.'"