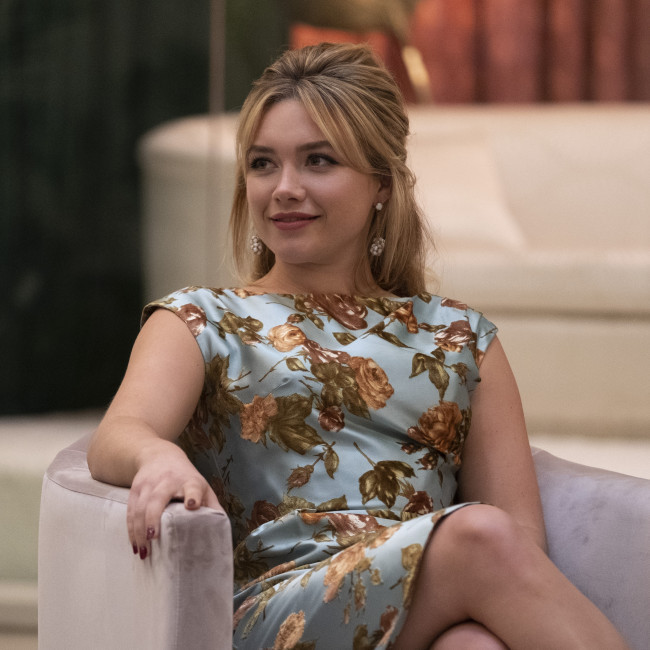 Florence Pugh has paid tribute to the cast and crew of 'Don't Worry Darling'.

Despite reports of conflict with director Olivia Wilde, Florence took to Instagram to promote the new movie, sharing a number of pictures from set, along with an emotional message.

She wrote: "It’s here.. and ready to be seen. @dontworrydarling is in cinemas!

"We met so many talented people, visited some insane locations, worked hard in the desert dust and looked good whilst doing so. (Thanks to @hebathormakeup and @jaimeleigh.hair and @ariannephillips)

"Thank you to all those who have bought tickets and those who have already seen it - whenever I watch massive impressive movie moments on massive screens I always remind myself that there is a boom just inches from the frame I’m watching. Or marks on the floor just below the actors waists. It’s crazy to think that each set up and scene takes a large portion of a day to execute, and on this one.. there was a lot to execute!

"This film was such an epic story on such a large scale to shoot, all while during peak Covid times. For that I will always be grateful. To all of you who helped make this, your dedication and love was seen daily - thank you.

"With that, here are some pics I took from this time. More to come! #dontworrydarling."

Florence, 26, also tagged Olivia, 38, in one of the pictures, despite reports of acrimony between them.

Olivia has been accused of falling out with Florence, who was allegedly angered by the director’s relationship with Harry Styles getting in the way of making the movie, with one insider telling Vulture the pair had a “screaming match” on set.