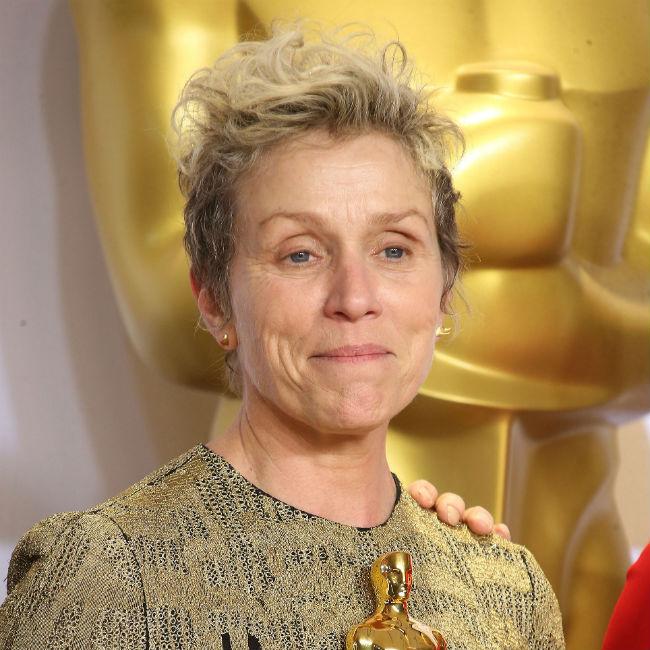 Frances McDormand was offered a job at Target while filming 'Nomadland'.

The 63-year-old Academy Award-winner plays the role of Fern, a woman who leaves her small town to travel around the Midwest during the 2008 recession, in the Chloé Zhao-directed flick.

And the director revealed she wanted Fern to "blend in" with the nomads.

During a Zoom press conference for the movie - which won the prestigious Golden Lion prize at the Venice Film Festival over the weekend - Zhao said: "It was really about setting up an ecosystem, working with the nomads, because they are not always stationary and getting Fran to blend in."

And McDormand knew she had done her job, when she was asked if she'd like to work at the budget superstore.

She said: "It was successful because in one town in Nebraska I went to the local Target and I was offered employment.

"I was offered a form to fill out. I went back to Chloé and said: 'It's working!'"

Upon winning the Golden Lion accolade, the 'Three Billboards Outside Ebbing, Missouri' star said at the virtual ceremony: "Thank you so much for letting us come to your festival in this weird, weird world and way! But we're really glad you let us come! And we'll see you down the road!"

Meanwhile, McDormand has a number of roles coming up, including Wes Anderson's 'The French Dispatch' and Joel Coen's 'Macbeth'.

The movie is set in the 1950s and will see three separate storylines thread together as the cameras follow a group of journalists at an American newspaper bureau in Paris.

And in the new take on William Shakespeare's classic play, McDormand will portray Lady Macbeth alongside Denzel Washington in the titular role.