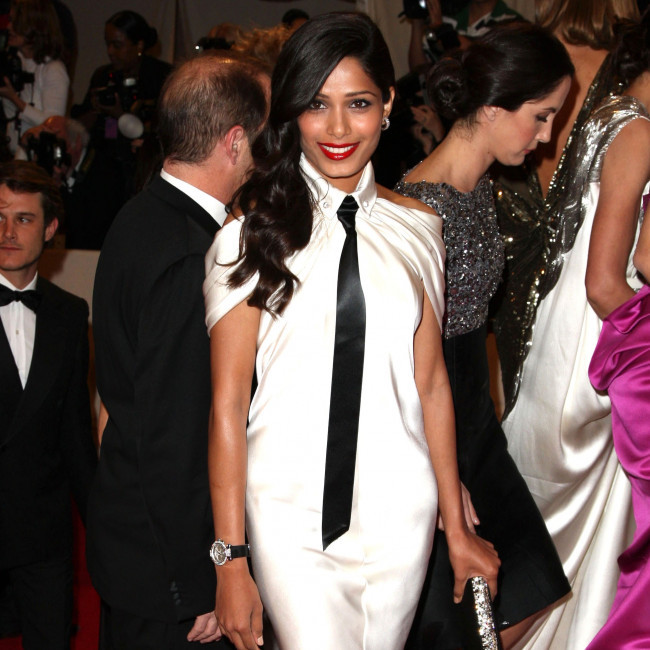 Freida Pinto and Sopé Dìrísù had no time to bond before filming Mr. Malcolm’s List

Freida Pinto and Sopé Dìrísù did not have much time to bond before filming 'Mr. Malcolm’s List'.

The pair play Jeremy Malcolm and Selina Dalton in the upcoming romance but admitted that the COVID-19 pandemic made it difficult to spend time together before shooting.

Sopé told The Hollywood Reporter: "We didn’t have much time to prepare. We were in a lockdown. I think we managed to go on two walks together. That was it."

However, he praised Freida as an "open and generous partner".

He said: "Knowing not only is she a phenomenally talented actress, but that she was an open and generous person — she was willing to be vulnerable but also there to interrogate the work and make it as good as it could be — without those qualities, I don’t think we have the Malcolm-Selina connection that we can see on the screen.”

And Freida was equally impressed by her co-star, saying: "Sopé is a very good-looking man. But jokes aside, his generosity when it comes to his craft and how he’s so involved and dedicated to creating a character from a real true sense of meaning — that is commendable and remarkable when you’ve been in the industry for such a long time. Sopé does not slack. He brings his A-game, and it makes the chemistry and the partnership that much more palpable.”