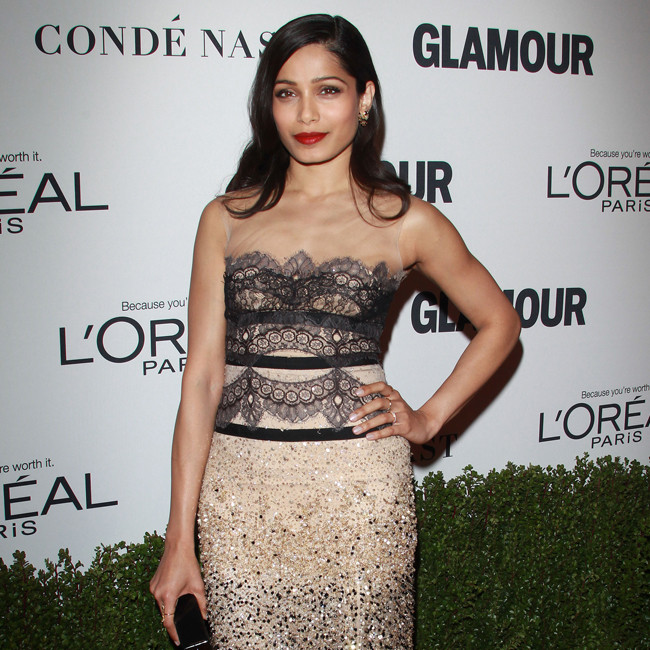 The 37-year-old actress stars alongside Sope Dirisu in the new period drama, and Freida is thrilled that they've managed to transform the story from a YouTube short into a feature film.

Asked what it's like to have been part of the journey, the actress told Screen Rant: "A little bit of a dream come true, because when we made the short film, it was four years before we made the feature film. And every year we thought we'd be shooting the feature film, and then another year went by and another year went by. You're like, 'Are we ever going to make this? Or is this just going to remain one of those distant dreams; something that never ended up happening?'

"But I don't really remember feeling totally disheartened. Because somewhere in there, I just knew that we were onto something beautiful and onto something magical, and that it was going to happen."

Meanwhile, Freida recently confessed to accepting "stereotypical" roles earlier in her career because she wanted "exposure".

The actress shot to global stardom after appearing alongside Dev Patel in 'Slumdog Millionaire' - but Freida admits to making some regrettable decisions after her breakthrough success.

"So I look back at those roles and I go, am I necessarily proud of my performance in this? Or, you know, am I proud of what I did? And I think the answer is that I'm not proud, but I'm really glad I did them because now, the work that I do, the pride that I feel and every little thing that I put in a big role or a small role is so huge because the choice was entirely mine."