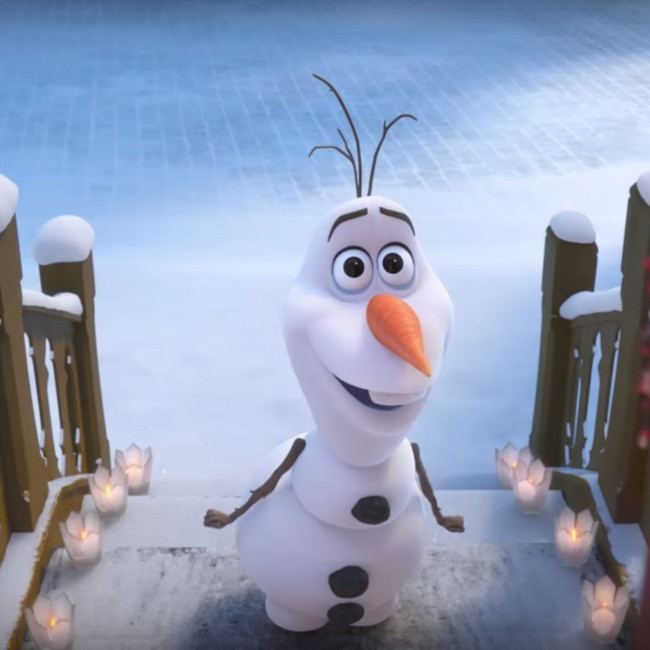 'Frozen' co-director Jennifer Lee wanted to get rid of Olaf from 'Frozen'.

The chief creative officer of Walt Disney Animation was honoured with the Distinguished Storyteller Award at the Arts and Entertainment Journalism Awards in Los Angeles on Sunday night (04.12.22), where she made the confession upon being presented the award by Olaf himself, Josh Gad.

Jennifer explained that after seeing one of the early cuts of the film, her "first" bit of feedback was: "Kill the snowman."

However, Josh managed to win over the filmmaker with his performance as the hilarious snowman created by Elsa (Idina Menzel) and Anna (Kristen Bell) in their childhood.

The 2013 movie swiftly became a multi-million-selling franchise, with the first film grossing more than $1.2 billion at the global box office.

Josh previously revealed that the project got off to a rocky start.

He explained: "I'll never forget, six or seven months prior to the movie coming out, I was with (songwriter) Bobby Lopez ... so I said, 'How's the movie coming?' and he goes, 'Well, we just screened the movie and it's a mess.'"

The 'Artemis Fowl' star recalled asking if the project could be rescued, when he was informed that 'Do You Want to Build a Snowman?' was being introduced into the 2013 movie.

He was told by Bobby: "I hope so. Yeah, we're playing around with this idea now, like we need this moment where we really see the girls' affection for each other early.

"So we're playing with this song, that's called 'Do You Want to Build a Snowman?'"