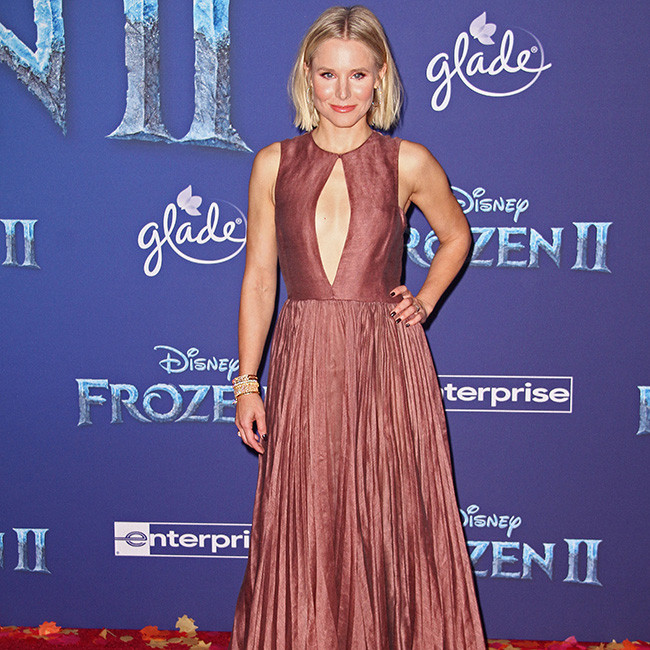 'Frozen' stars Kristen Bell and Jonathan Groff have teamed up for new musical movie 'Molly and the Moon'.

The two stars - who voice animated couple Anna and Kristoff in the Disney movie and sequel - are to play husband and wife in the film which will be directed by 'How I Met Your Mother' creators Carter Bays and Craig Thomas.

The script is based on the real-life experience of Craig, whose son Elliot was born with Jacobsen syndrome, a serious genetic heart condition. Due to his health condition, Craig nor his wife Rebecca were able to hold their son for the first several months of his life as he had to be in an incubator at all times, so to bond and comfort their newborn they began to sing to Elliot while he was in hospital.

Speaking to Deadline about the real-life inspiration for the film, Craig said: "My wife made up a little simple lullaby about his name that she would sing to him that just sort of came to her there in the NICU, and that actual melody and lullaby is what we use in the movie.

"I had to tell this story, to honor my son and because there are just tens of millions of people in this country, and more around the world, whose lives have been touched by something like this."

In 'Molly and the Moon', Jonathan will play the character Brian and Kristen will play Kate and the movie will feature some fantasy elements inspired by 'Alice in Wonderland', 'Where the Wild Things Are' and 'Labyrinth', according to Craig.