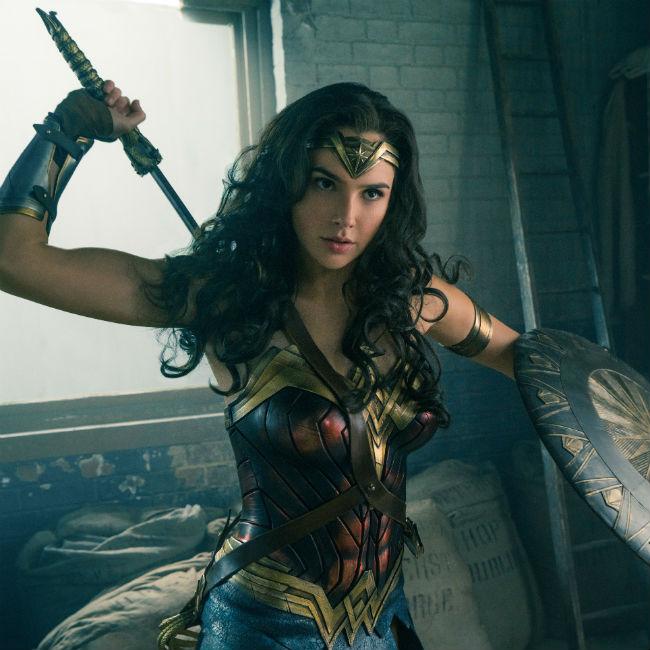 Gal Gadot has explained why 'Wonder Woman' will not carry weapons in the upcoming sequel.

The DC Comics character carried a sword in the first blockbuster but in 'Wonder Woman 1984' she is seen fighting with her Lasso of Truth, Magical Bracelets and her Royal Tiara, and Gal admits the decision was made to ditch the rest of her armoury because they are overtly "aggressive".

She said: "Wonder Woman does not carry a weapon. We had an intention to let go off the sword, because there's something very aggressive with a sword. If you have a sword, it means you need to use it. So we wanted to give that up."

The 34-year-old actress also explained why the titular hero Diana Prince has ditched her shield, suggesting that the character has the "skills" to operate without the need for these types of weapons.

Gal explained: "We didn't feel the shield was necessary either. She's a goddess, she can fight, she's super strong, and she has the skills. So no, she has the gauntlets. She has the lasso. She has her tiara and that's about it."

Gal reprises the titular role in the film, which will be released next year, will see Wonder Woman up against villains Cheetah (Kristen Wiig) and Maxwell Lord (Pedro Pascal).

Patty Jenkins returns to direct the film and was keen to capture the 1980s setting.

She explained: "I want it to feel like you're seeing a movie in the '80s so we did almost all of our own stunts, our fights practically.

"We have some of the most extensive, incredible wire work that nobody's ever done before because no one has ever tried.

"It was a lot of work and we've tried to make it our own with new fresh things that were never done before ... And there's something about our anticipation to share it with the world because it's been a long, incredible journey for us."