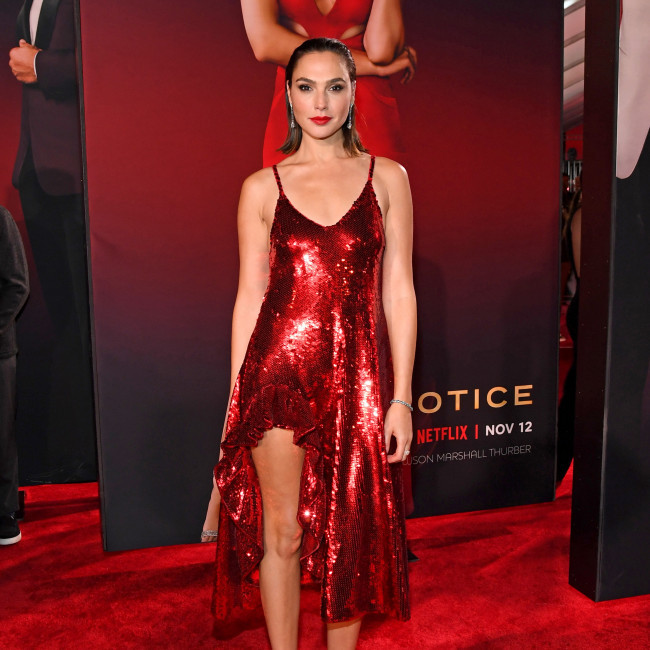 Gal Gadot is set to star in To Catch a Thief

Gal Gadot is reportedly set to star in an upcoming remake of 'To Catch a Thief.'

The 36-year-old actress - who has starred in the likes of 'Wonder Woman' and 'Fast & Furious' - is said to be attached to appear in a reboot of the 1955 classic, which starred Cary Grant as a retired cat burglar and Grace Kelly as the daughter of a wealthy widow.

As reported by Deadline, she is thought to be also be taking on a producing role alongside partner Jaron Varsano via their Pilot Wave company, while Elieen Jones writing the script for the Paramount Pictures thriller.

Neal Moritz is also set will produce through his Original Film banner."

Meanwhile, Gadot is set to play Cleopatra in a new movie that will be produced by her 'Wonder Woman' director Patty Jenkins, and she recently gave fans a teaser of what to expect from her take on the character.

She said: "I can't reveal a lot, but I can tell you that we're going to celebrate the Cleopatra story. We're going to show not just how sexy and appealing she was, but how strategic and smart, and how much impact she had and still has on the world we're living in today."

The casting of the actress caused a backlash when it was announced, as people argued that an Arab or African star should have taken on the part.

Gal hit back at the critics by insisting that Cleopatra – whose race has been subject to debate amongst historians – was actually from Macedonia but the right Macedonian actress "wasn't there".

The 'Red Notice' star said: "First of all, if you want to be true to the facts, then Cleopatra was Macedonian.

"We were looking for a Macedonian actress that could fit Cleopatra. She wasn’t there. And I was very passionate about Cleopatra.

"I have friends from across the globe, whether they’re Muslims or Christian or Catholic or atheist or Buddhist, or Jewish, of course … People are people. "And with me, I want to celebrate the legacy of Cleopatra and honour this amazing historic icon that I admire so much."