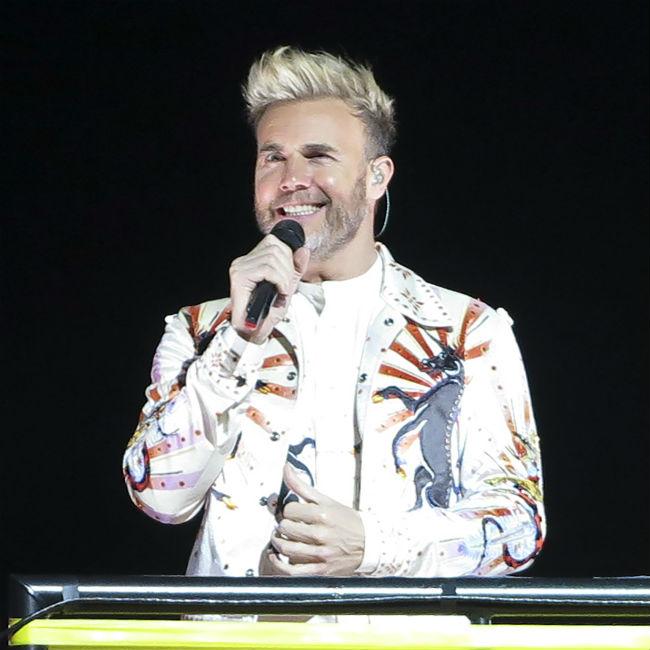 Gary Barlow was meant to sing in a bar in 2017's 'Star Wars: The Last Jedi' - before the scene was pulled.

The Take That frontman has revealed he was gutted when he was told he would no longer be performing a track in the sci-fi blockbuster and instead played a Resistance trooper in the Battle of Crait.

Speaking on his former bandmate Robbie Williams' wife Ayda Williams' 'Postcards from the Edge' podcast, he spilled: "We get a call from 'Star Wars' saying, 'We've got a part for Gary in the next movie. There's a bar and we would need a singer, and he would be in the film', and I couldn't speak.

"About a week before shooting, they came back saying, 'We're really sorry but the storyline has changed and it's now going to be an alien'."

The 'Giants' hitmaker previously joked that he was worried that he may have scuppered his chances of having the part because the makers of the franchise like to keep details strictly confidential between the actors and team.

Quizzed on his role, Gary, who was first thought to have nabbed a part as a stormtrooper, said: "Well there is. I'm not a stormtrooper. I am in it. Thank you. Ladies and gentlemen keep it down. Having said that I'll probably be out.

"I think the Star Wars people are so strict about information so probably by me saying that I've probably done myself out of a role."

The 49-year-old star was one of the lucky celebrities to not be cut from the movie, as Ellie Goulding and Prince Harry and Prince William didn't make it onto the big screen with their cameos.

Ellie wrote on Twitter: "Has anybody seen Star Wars yet and seen someone who resembles me in it awkward if I got cut. Haha

"Either way it was a really awesome experience. Great to be in the rebel army for a day :)"