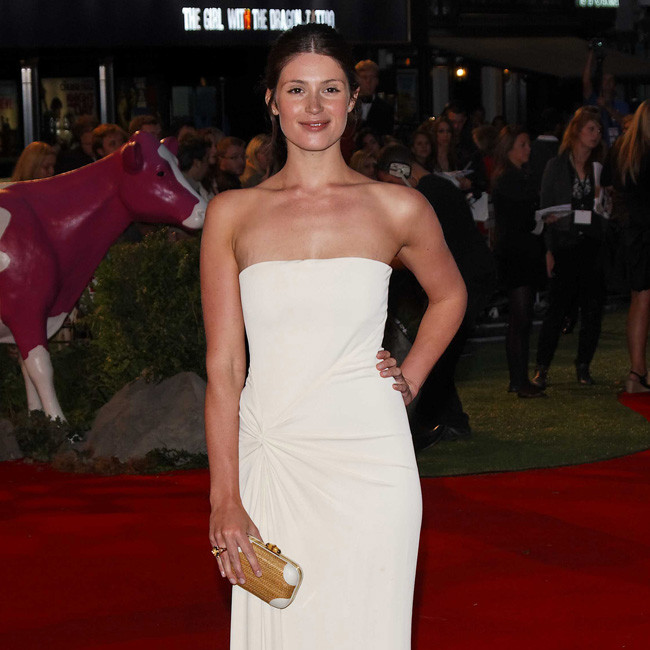 The 34-year-old actress starred as Rebecca Shafran in the 2013 crime thriller which was panned by critics and admits she considered walking away from a screen career after the "animosity and tension" she experienced on the movie – which also starred Ben Affleck and Justin Timberlake.

Gemma said: "There's this terrible film I did called 'Runner Runner'. To be honest, I just wanted to quit acting after that. I shouldn't have done it in the first place.

"The script wasn't good; I just did it because it was this big American film and everyone was telling me it was a good idea.

"It was all the things I don't enjoy when I'm on a film set and there was a lot of animosity and tension. And now it pains me that things like that are out there."

Gemma – who played Bond Girl Strawberry Fields in 'Quantum of Solace' – also reflected on the lack of women in the film industry and she was a "little bit" patronised by male actors at times.

She told the new issue of Red magazine: "I was often the only woman on a film set and I just thought, 'Well, that's s*** because that's not the life I live.'

"And I had a little bit of belittling, patronising, over the years, mostly by male actors, who would say, 'Word of advice' and, 'Take it from me.'"

The 'Clash of the Titans' actress previously explained how she has become more confident in speaking her mind on film sets and is not afraid to stand up for herself if asked to perform scenes she's uncomfortable with, even if it makes her seem "difficult".

She said: "So it'll be: 'You'll do the scene like this, and now just go and make out with that actor over there.' And you're thinking: 'Hang on, that's not in the script, and you haven't even spoken to me about that.'

"And at that point you're in front of all the crew and under pressure, when you should have dialogue way before that where you get asked: 'Are you cool with this?' Now I will say something. I don't mind if I seem a bit difficult, whereas when I was younger I would have thought: 'Who am I to challenge that?'"